What does the Fish Symbolize to the Believer? 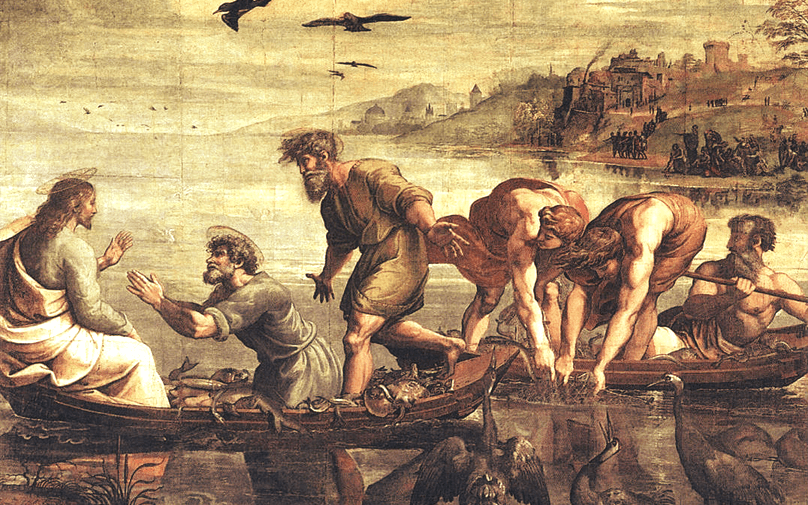 What Does the Fish Symbolize to the Believer; its Biblical Significance and Importance

The Fish Symbol or more commonly known as the Jesus Fish is one of the oldest symbolisms that were associated with Christianity. According to historical studies of Christian faith, the believers of the way of Christ have been using the Fish Symbol as early as the first century. However, the particular symbol has already been in the symbolic arts and literatures of other pagan religions like the Greeks and Romans even before the followers of Jesus has adapted it.

The translated Greek word ‘ichthys’ or ‘ichthus’ has been the primary inspiration of using the symbol as an emblem for the believers. The early Christians have found a way to create an acrostic using the first letters of the Greek word which is exactly spelled as ΙΧΘΥΣ.

So in essence, the ‘Ichthys’ has been given the meaning Iēsous Christos, Theou Yios, Sōtēr which is translated as ‘Jesus Christ, Son of God, Savior. How clever those early Christians are! Also, due to the great persecution that the church has been experiencing during those times, they also used the Fish Symbol to identify if the people that they associate with are also believers of Christ. It has been said that when a Christian wants to know if a person is also a follower of Jesus, he will draw one arc of the outline of the fish in the dirt. A stranger who is not a Christian will not find the sense in what the believer did. However, if the stranger is also a Christian, he will draw the other arc of the fish and they will know that there is nothing to be afraid of for both of them.

The Fish Symbol is indeed a fascinating artifact of the early Christian belief. But is there any biblical significance or importance that we can associate with the famous emblem? There were so many references in the story of Jesus in the Gospel that were associated with fish. The first disciples have been given the great privilege to be fishers of men! A miracle that fed more than 5,000 has been possible thru 5 fishes. Jesus Himself mentioned the importance of the fish in the context of the prophet Jonah’s story saying that the Christ will also be in the tomb for 3 days. Indeed, the symbol of the fish has a deep relevance that is weaved thru the narrative of Jesus’ life and death and let us now consider it’s importance for the believers today.

In one of the famous lines of Jesus that has been written in the Bible calling his first disciples, Andrew and Peter, Jesus coined the term ‘Fishers of Men’. Here’s the exact verse from the Gospel of Matthew:

This would have been so radical for the brothers. A big part of their life has been devoted to fishing. It’s their trade, their profession, their way of life. And then Jesus came; who told them that they are created and called to do greater things; that they didn’t have to stay where they are, that God has amazing plans for their lives! Most Christians today can’t see the connection of what they do in their career and their mission to be disciples of Jesus. But just as the story of Andrew and Peter’s calling, God wants to use your knowledge, skills, personality, character, in the advancement of His Kingdom.

However, the question here is this: Are we able to do what Andrew and Peter did in heeding Jesus’ call?

It was getting dark; the crowd has followed Jesus to hear Him preach. However, the crowd has already reached more than 5,000. They were hungry and still a long way home so Jesus commanded His disciples to feed them. And, just like the most of us usual response to impossible tasks, the disciples immediately doubted. But there’s a guy who could have a redeeming quality, he brought a boy to Jesus holding 5 breads and 2 fishes. Yet, seeing how few they have and the abundance of the people that needs to be fed, he mused: “...but how far will they go among so many?” (John 6:9)

Do you hear a familiar voice in that disciple? That is the voice of doubt. But this account has been on record on one of the greatest miracles in the Bible. What God wants to tell us here is it doesn’t matter if you only have two fish. What matters is that are you willing to give what little you have so God can use it to benefit countless others? The symbol of fish should be a reminder to us that no matter how small or how little we have in our hands, if we will be prepared to offer it to God He can multiply it thousand folds!

Another symbolism of fish in the Bible is the great fish that swallowed Jonah in its stomach for three days. Jesus used the analogy of the story of the prophet to what will happen to Him upon dying on the cross then resurrecting after 3 days. Here the fish represents a time for reflection, a time for silence, a time for preparation.

Whenever you see the Fish Symbol, always remember that God is never late, never on a hurry, God is always on time. Sometimes he allows times of silence and darkness for us to really reflect and consider what should be the most important in our lives. Just like in the story of Jonah, in his 3 days inside the stomach of the fish, he was able to realize how futile it is to run away from God. But also he recognized God’s abounding love to give Him a second chance to correct what He did wrong.

So next time you see a Fish Symbol, let the emblem remind you of this timeless truth:

“God has a great plan for your life and He’s willing to partner with you in accomplishing His purposes.”