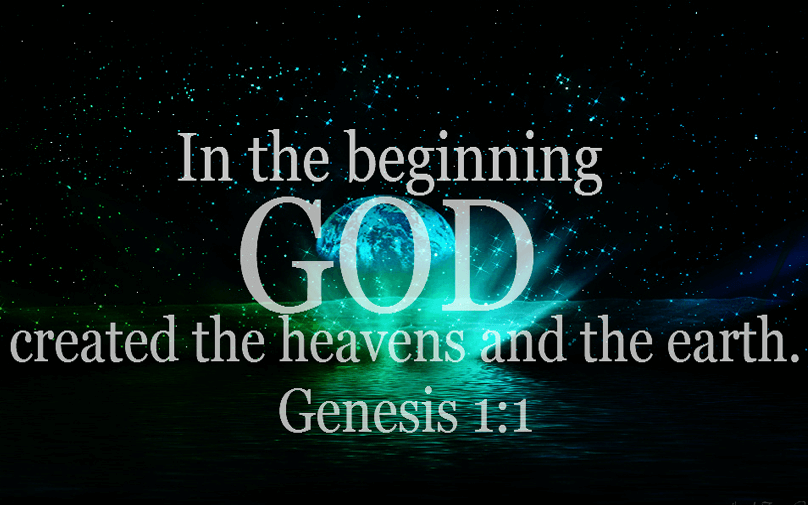 This year each week we are presenting a commentary the “parashat hashavua” or weekly Torah reading. This is provided by Rabbi Yoseif of Jerusalem. We are grateful to present this opportunity to your our dear friends. We hope his writings will provide a guide to help all our readers to connect to the Torah, to make it come alive for them. Hopefully this will help you engage in a personal way so that you too will come to love and care about Torah as a precious gift from God.


Parashat Bereishit is the first weekly Torah portion in the Book of Genesis. It spans millennia, from the creation of the universe to the introduction of Noah. Its unifying theme is the fundamentally redeemable nature of humanity—even in the wake of sin.

The first section (1:1-2:3) describes how God creates the universe out of chaos and nothingness, day by day. The creation of mankind (adam) on the sixth day is the apex, a being formed, male and female, in the image and likeness of God. Humanity is put in charge of the earth and all which live upon it.

However, in the next section (2:4-3:24), we see how easy it is to fall into sin. “The man” (ha-adam) is put in the Garden of Eden, a paradise containing every plant, including both the Tree of Life and the Tree of Knowledge of Good and Evil. The man has one mission, tending to and protecting the Garden, from which he may eat—except for the fruit of the Tree of Knowledge; and when he finds no mate, God forms “the woman” (ha-isha) from one of his sides as a companion. Still, they are tempted by the serpent and eat from the fruit of the Tree of Knowledge. God calls the man out, and all three are punished: the man with hard agricultural labor, the woman with childbirth, and the serpent with slithering on the ground. Nevertheless, even as He banishes them from Eden, God Himself makes leather tunics for the first couple, now named Adam and Eve, and dresses them in this heavenly regalia. Despite their sin, they are still his children.

In the next section (4), Adam and Eve have their own children. Cain and Abel are the first two, a farmer and a shepherd respectively. God warns Cain against sin, but he slays his brother anyway. God tells Cain that he is cursed to wander, but He gives him a sign to protect him from any who might seek to harm him. Though Cain has committed the gravest of sins, God still loves him. Cain goes on to live a productive life, building a city for his son. His descendants include artisans, musicians and shepherds. Cain turns his wandering life into a society honoring the brother he slew, witnessing the achievements of his progeny until the seventh generation.

Finally (5:1-6:8), we follow Adam and Eve’s line through his third son, Seth, for ten generations. Each of these forefathers lives a life that spans centuries, from Enoch’s 365 years (at the end of which he is “taken” by God due to his faithfulness, rather than dying) to Methuselah’s unsurpassed 969. Methuselah’s grandson Noah has three sons of his own, and he and his family—standing against corruption and violence—remain a beacon of grace and Godliness.

The portion from the Prophets comes from the forty-second chapter of the Book of Isaiah, which talks about God as the Creator of heaven and earth and the role of His people as a “light of the nations.”