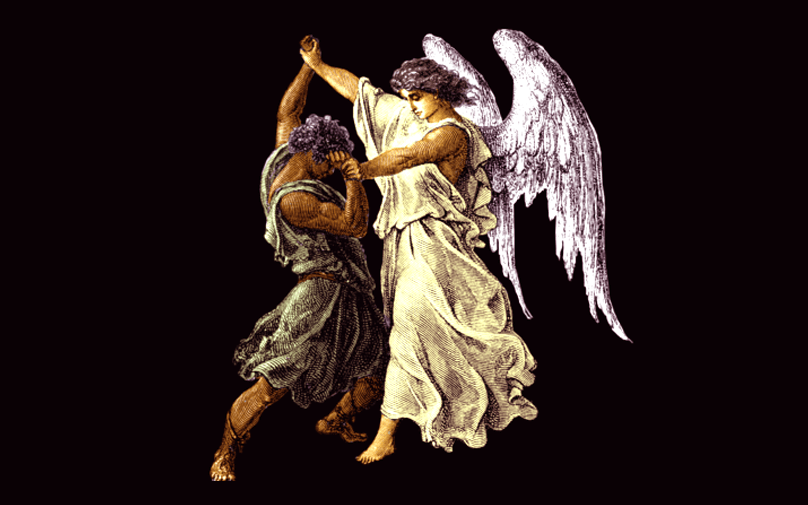 Parashat Vayishlach is the eighth weekly Torah portion in the Book of Genesis (32:4-36:43). In it, we watch the growing pains of Jacob’s family as they become, for the first time, a nation: the Children of Israel.

In the first section (32:4-33:17), we see the long-awaited confrontation between Jacob and Esau. Jacob comes with his four wives and twelve children, while Esau comes with his four hundred men. At first, Jacob is worried, but on the night before Esau’s arrival, he is attacked by a stranger whom Jacob wrestles with and defeats. This mysterious assailant gives Jacob a blessing and tells him that his name will be changed to Israel, because he has successfully fought enemies both human and divine. Jacob faces Esau with confidence, and Esau discards his decades-old wish to wreak vengeance on his twin. However, this encounter is not without cost; Jacob’s predawn battle with the enigmatic stranger has left him with a limp. The Torah tells us that for this reason, the Israelites — i.e. the Children of Israel — refrain from eating certain parts of all animals’ hindquarters, the first of the kosher laws.

In the next section (33:18-34:31), Jacob faces a different challenge as the father of the Israelite nation: the episode of Dinah. The relationship between Dinah and Shechem, son of the local Canaanite prince, is interpreted differently by various parties. Shechem’s father Hamor views it as a romance, the basis for an alliance based on marriage; Jacob himself sees that his only daughter defiled; his sons see it as an unpardonable affront to the dignity of Israel, and wreak revenge upon the whole city, led by Simeon and Levi.

The next section (35:1-29) finds Jacob finally leaving, at God’s command, for Bethel (site of his famous dream), where God officially changes his name to Israel. However, Jacob finds himself at a loss to live up to his new mantle, as he confronts the death of his first love Rachel in childbirth. His youngest son, Benjamin, completes the family — but his oldest son, Reuben, sleeps with Jacob’s wife Bilhah! It is a broken Jacob who finally returns to his father Isaac in Hebron.

Nevertheless, the final section (36:1-43) shows us a different perspective: that of Esau. He does not doubt that Jacob will inherit the Promised Land and establish a great nation; indeed, he moves his entire family to the Land of Seir because he sees Jacob’s potential. As powerful and numerous as Esau’s offspring (the nation of Edom) become, they know what Jacob is destined to become (v. 31): “These are the kings who reigned in the land of Edom, before any king reigned over the children of Israel.”

The portion from the Prophets is the entire Book of Obadiah — all twenty-one verses of it. It deals with the final battle at the end of days between Esau (Edom) and Jacob (Israel) in the Land of Seir, as promised in the Torah portion, at the end of which “kingship will be the Lord’s.”