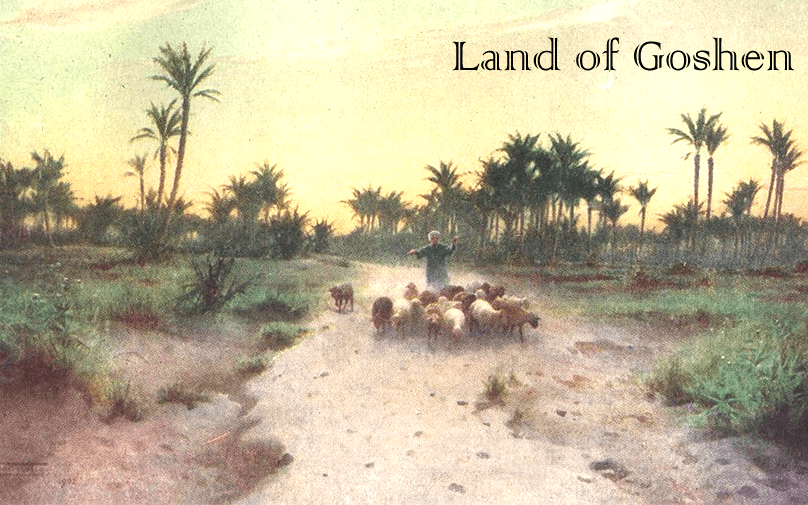 Parashat Vayigash is the eleventh weekly Torah portion in the Book of Genesis (44:18-47:27). It is also the only portion to end in the middle of a paragraph in the Torah scroll; this underscores the fact that although it might at first seem to be the conclusion of the story of Joseph and his brothers, it is only the penultimate chapter.

In the first section (44:18-34), we see Joseph’s plan reach its endgame. Faced with the option of leaving Benjamin, Jacob’s beloved, to slavery in Egypt, it is Judah who rises to the moral challenge. Much as we saw him save Tamar from an unjust verdict two weeks earlier, here we see him save Benjamin. He explains that he is his youngest brother’s guarantor; he has promised Jacob to return the last reminder of his first love, and he will not betray his vow.

This leads Joseph (ch. 45) to break down in tears (not for the first time since his brothers came back into his life). He finally identifies himself, “I am Joseph your brother, whom you sold to Egypt!” This statement is in itself a kindness, as Joseph does not speak of the original plan to kill him, or even the alternative of letting him die — he only speaks of the end result, his being sold into slavery. He orders his brothers to return to Canaan, get Jacob and their families, and move everyone down to Egypt, as half a decade of famine still remains. They cry too and rush back home with the good news.

Jacob (ch. 46), revived by these tidings, assembles his family to go down to Egypt, stopping in the city of Beersheba to bring offerings to God. God tells him not to fear; He will accompany Jacob down to Egypt and he will bring him back up. Indeed, an ancient Jewish tradition notes that although the verse speaks of seventy Israelites making their way to Egypt, it only names sixty-nine people. Who was the seventieth? God Himself joined the caravan!

Joseph (ch. 47) presents his family to Pharaoh, and they are settled in the Land of Goshen to live as shepherds — just as we saw them at the outset of the story. Joseph himself, however, has one outstanding matter to settle: he is not finished remaking Egyptian society. With the famine still raging, the Egyptians come to Pharaoh’s storehouses for grain, declaring: “Buy us and our land with bread! Then we and our land will be slaves to Pharaoh.” Since everyone, regardless of class (except for the priests), is equally indebted to Pharaoh, the buying and selling of people is effectively abolished. Egyptian society has been redefined.

The portion from the Prophets is the second half of the thirty-seventh chapter of Ezekiel. Its prophetic vision portrays the reunion of the Kingdoms of Joseph (Samaria) and Judah. Though in Ezekiel’s day the latter has joined the former in exile, all Israel will one day return, and a Davidic king will rule over them.