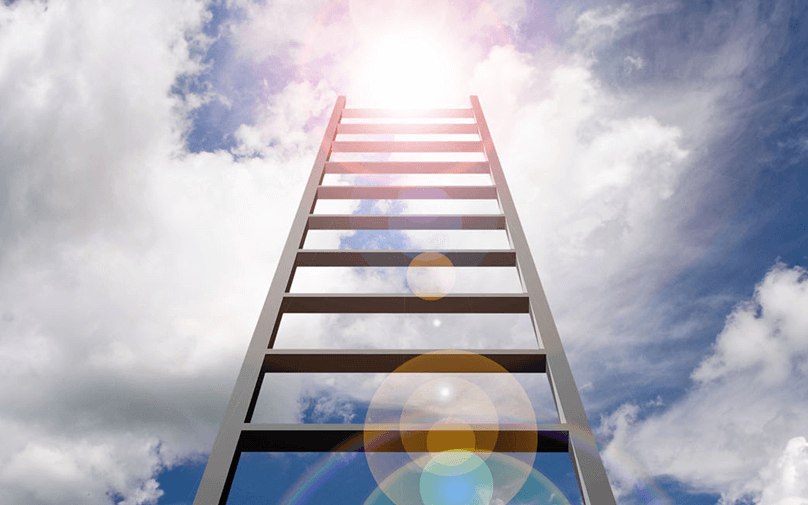 Parashat Vayetze is the seventh weekly Torah portion in the Book of Genesis (28:10-32:3). Unlike nearly every portion in the Torah, it is written without any paragraph breaks in the Torah scroll. This is because it is a unitary story, wholly devoted to Jacob’s mission to find a wife in his Uncle Laban’s home. The number seven proves to be a recurring motif in this seventh portion.

In the first unit (28:10-29:30), Jacob departs from Beersheba (which can literally be translated “Well of Seven”) and sets out for Haran. Along the way, he has a vision of angels ascending a ladder, and God assures him that He will be protected on his journey. Jacob made a vow, saying, “If God will be with me and will watch over me on this journey I am taking and will give me food to eat and clothes to wear so that I return safely to my father’s household, then the Lord will be my God and this stone that I have set up as a pillar will be God’s house, and of all that you give me I will give you a tenth.”

Jacob heads to Aramea and meets Rachel the shepherdess, younger daughter of Laban, at the well. With nothing to his name, the smitten Jacob offers seven years of labor for Rachel’s hand in marriage. Laban agrees, but on their wedding night, he sends Leah, his older daughter, to Jacob’s tent. Jacob, who outwitted his brother and tricked his father, has now fallen victim to a ruse by his kinsman. Laban tells him that after seven days, Jacob may finally marry Rachel—in return for seven more years of labor!

In the next unit (29:31-30:24), Jacob fades into the background as the sister-wives Rachel and Leah compete to bear him children. The former’s handmaid Bilhah and the latter’s handmaid Zilpah are also enlisted in this endeavor. At the end of seven years of marriage, Leah has seven children (including Jacob’s only daughter, Dinah), Bilhah and Zilpah two each, and Rachel just one: Joseph.

In the next unit (30:25-32:3), we see a very different type of breeding competition, as it were. Jacob complains that after fourteen years, he has a very large household — but no way to provide for them, as the flocks he has been tending are wholly owned by Laban. Laban offers him a share of the livestock, and Jacob spends six years becoming extremely wealthy, even though Laban keeps renegotiating the deal to his advantage. However, as the seventh year of his new arrangement approaches, God reappears to summon Jacob back to the Promised Land. Jacob speaks to Rachel and Leah, and the family leaves in haste, without telling Laban; but his clever uncle catches up with them, seven days out from Haran, in the mountains of Gilead.

It is at this point that Jacob finally confronts Laban for two decades of mistreatment: he will countenance no more ruses, no more subterfuge, just the brutal truth. Cowed, Laban suggests that they make a covenant: as long as his daughters are well-treated, he will never trouble Jacob again. Jacob agrees, and as the portion concludes he sees angels, welcoming him back to the Promised Land.

The portion from the Prophets comes from the final chapters of the Book of Hosea. In it, God recalls many aspects of Jacob’s life, reflected in the fate of his descendants, the Twelve Tribes of Israel.