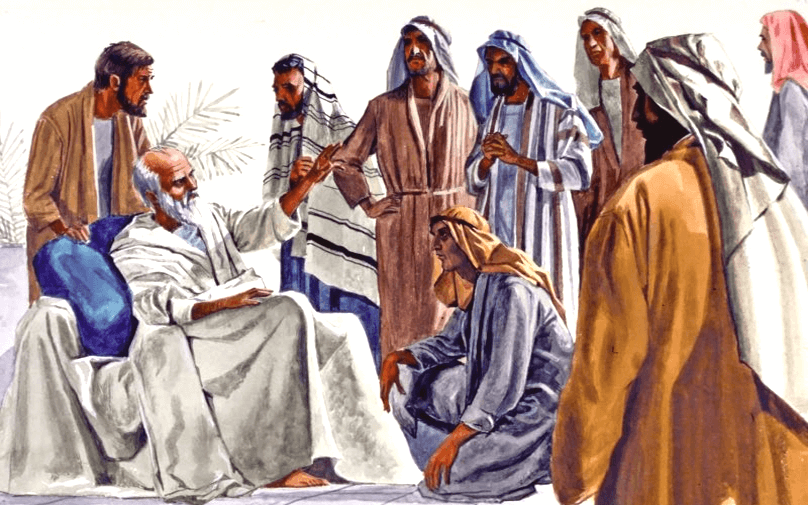 Parashat Vaychi is the twelfth, final and shortest weekly Torah portion in the Book of Genesis (47:28-50:26). (It also happens to hold a special place in this author’s heart, as it is my bar mitzvah portion.)

In the first section (47:28-48:22), we see that just as Jacob and Joseph experience a unique connection during the first seventeen years of Joseph’s life, they experience a unique connection during the last seventeen years of Jacob’s life, in Egypt. Joseph swears to bury Jacob in the family plot outside Hebron — despite the fact that Joseph’s mother and Jacob’s beloved Rachel was buried on the road to Bethlehem. Jacob formally gives Joseph the double portion of the firstborn by declaring that Joseph’s sons Ephraim and Manasseh will one day be full-fledged tribes in their own right — and that Ephraim the younger will surpass Manasseh. This echoes the prophecy concerning his own birth, but while Jacob and Esau fought, Joseph’s offspring are the symbol of fraternal love. (To this day, Jews bless their sons with Jacob’s words to Ephraim and Manasseh.)

In the next section (ch. 49), Jacob summons all of his sons. He rebukes Reuben, Simeon and Levi for their missteps, but makes it clear that they are all part of the family (Reuben even retains the title of firstborn, though not its privileges). Who will then lead? Jacob turns to Judah, praising his leonine grace and granting him leadership with much the same language as Isaac used for Jacob when he was disguised as Esau. This time, though, there is no subterfuge; Judah earns the birthright of leadership.

Issachar is likened to a strong-boned donkey, Zebulon is a seaborne trader. Dan is a horned viper, while Naphtali is a swift hind. Gad is a skilled warrior, while Asher is wealthy. Joseph is blessed and protected by the Shepherd of Israel, while Benjamin is a devouring wolf. “All these are the tribes of Israel twelve,” and Jacob uses his last breath to invoke his grandparents Abraham and Sarah, his parents Isaac and Rebecca, and the mother of his children, Leah — all of whom are buried in the family plot, where he must now go.

The final section (ch. 50) describes the mourning for and burial of Jacob, but Genesis has one last twist as the family returns to Egypt: Joseph’s brothers are convinced that he will now take his revenge after their father’s passing. After all, isn’t that what Esau promised to do to Jacob? However, Joseph reassures them: he will not play God; rather, he will use the divine gift of his power to provide for his brothers and their families in perpetuity. They are not like Esau; they are Israel.

The portion from the Prophets is the opening of the second chapter of I Kings (vv. 1-12). It contains King David’s farewell address to his young son and heir, Solomon, in which he charges him to punish those who have been disloyal and reward those who have demonstrated honor and compassion.