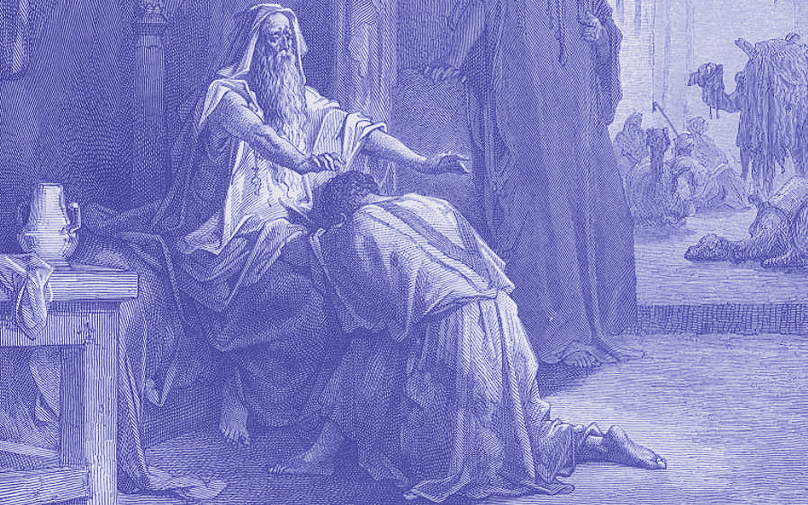 Parashat Toledot is the sixth weekly Torah portion in the Book of Genesis (25:19-28:9). It focuses on the prototypical nuclear family in the Bible — Isaac the father, Rebecca the mother and their twin sons, Esau and Jacob — and the complex internal politics of their home. Throughout the portion, the concepts of beracha (blessing) and bechora (birthright of the firstborn) are explored.

In the first unit (25:19-34), we are introduced to Esau and Jacob, whose struggle begins in the womb. Rebecca receives a prophecy about the elder brother serving his younger brother, and as they grow, it becomes clear that each will follow his own path: Esau is a hunter and outdoorsman, while Jacob is a meek shepherd. Nevertheless, Jacob convinces Esau to sell him the bechora, entitling him to two-thirds of their inheritance.

In the final unit (26:34-28:9), it is the beracha which is at stake: leadership of the family which is to be God’s nation. Isaac, who has gone blind in his old age, wants to give this to Esau, but he does not know that his older son has sold his birthright. Rebecca, armed with her prophecy, convinces Jacob that he must seize his opportunity and impersonate his older brother. Jacob does so, but the ruse is quickly revealed when Esau comes to demand his beracha. Esau unwittingly reveals that he sold his bechora decades earlier, and Isaac realizes that Jacob truly is the more deserving heir. Esau disagrees, and as Rebecca realizes Jacob’s life is in danger, she convinces Isaac to send him away, to the house of her brother Laban.

However, the middle unit (26:1-33) of the portion has a very different focus. Esau and Jacob do not appear at all, and Rebecca only briefly. It is Isaac’s turn to shine, as we see what makes him unique among the Patriarchs. He is not a general, a hunter or a shepherd, but rather a farmer. For him, the bechora is not an issue, as he is the only son of Abraham and Sarah; however, the question of beracha, the blessing of leadership, is open. Isaac has the deep faith and work ethic to make the Promised Land bloom—indeed, he never sets foot outside of Canaan—but can he display the leadership qualities needed of the founders of God’s nation? Initially, the Philistines bully him, but when Isaac finally stands up to them, they recognize the beracha within him, that he is blessed by God. This allows Isaac to be the first to establish a lasting peace accord, and he alone among the Patriarchs founds a city: Beersheba. Only when he finds the beracha within himself is Isaac capable of passing it on to the next generation.

The portion from the Prophets comes from the first chapters of the Book of Malachi, last of the prophets. In it, God speaks of His special love for Jacob and His rejection of Esau.