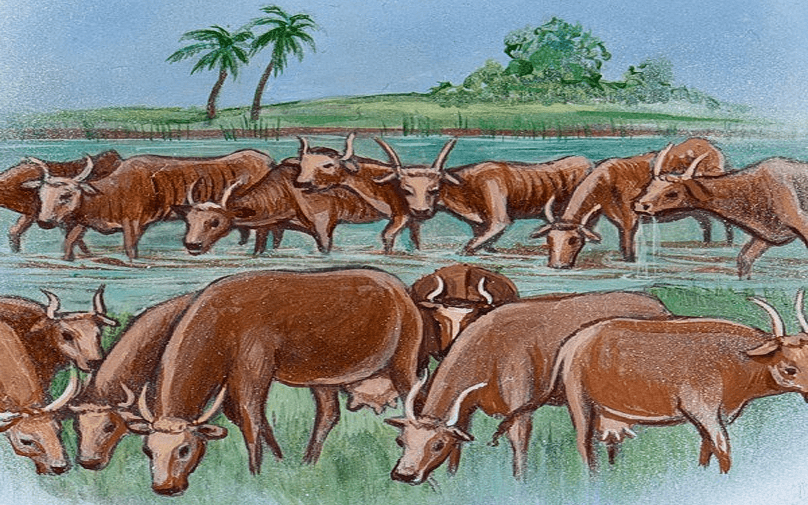 Parashat Miketz is the tenth weekly Torah portion in the Book of Genesis (41:1-44:17). Like Parashat Vayetze, it is written without any paragraph breaks in the Torah scroll. It tells one continuous story: Joseph’s meteoric rise and the downfall of his brothers.

In the first section (ch. 41), two years later, Joseph is once again enlisted to interpret a pair of dreams which perplex Pharaoh’s household. However, this time it is Pharaoh himself who dreams of seven lean cows devouring seven fat cows and seven empty ears of grain swallowing seven full ears of grain.

As for Joseph, he is a changed man. Now thirty years old, he has a different approach: he does not seek to predict the future, but rather to understand what God’s message is. These dreams, he explains, are a warning: seven years of plenty are coming, to be followed by seven years of devastating famine which will destroy the land. Joseph’s solution is for Pharaoh to develop the infrastructure to collect a portion of the harvest from every farmer in Egypt and store it over the course of seven years. Pharaoh is so impressed with the idea that he appoints Joseph as his viceroy. During the seven years of plenty, Joseph does everything in his power to make the dreams he interpreted not come true. Joseph is happy to forget his past and start a new family in Egypt.

The famine hits (42:1-43:16), and Egypt is well-prepared — so much so that the Canaanites journey south to buy grain. Among them are Joseph’s brothers. He recognizes them, but they do not identify the teenager they threw in a pit with the imposing viceroy of Egypt. It is at this point that Joseph remembers his dreams of ruling over his brothers — apparently they were not delusions of grandeur! However, he is faced with a dilemma. He knows that he has changed, that he regrets his own part in creating the rift in his family; but what of his brothers? Over two decades later, are they still the sort of men who would willingly dispose of their kid brother?

Thus, he hatches a plan to recreate the tragic circumstances of his own past, this time with Benjamin. He accuses them of espionage, and when they tell him of their youngest brother back at home in Canaan, he demands that they bring him.

When Benjamin arrives (43:16-44:17), Joseph frames him for stealing his silver goblet. He tells the ten brothers to depart in peace; he will keep the “thief” as his slave. The portion ends with a cliffhanger: will the brothers betray Benjamin as they once betrayed Joseph?

The portion from the Prophets comes from the third chapter of I Kings, as it echoes the opening of the Torah portion: "And Solomon awoke, and it was a dream.” However, in most years, this Sabbath falls out during Chanukah, and so a special portion is read instead, Zechariah’s vision of the Candelabrum (Menorah) in the Temple (2:14-4:7).