Located on the Western shore of the Sea of Galilee (also known as Lake Tiberias), Tiberias (Tverya) is a humble city with a rich, impressive history and remarkable authenticity. The city was founded by King Herod Antipas in 20 CE (during Jesus Christ's lifetime), and named in honor of the Roman emperor, Tiberius. Its unique location makes it one of the most satisfying locations for religious and spiritual pilgrimages to the holy land. 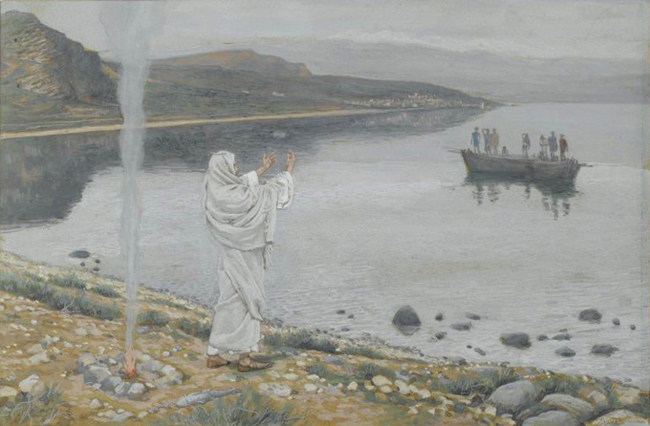 Christ Appears on the Shore of Lake Tiberias |source: Wikipedia

With its rich history, going back to the time of Jesus Christ and the Sanhedrin (the supreme judicial body for religious and political matters at the Holy Temple), Tiberias and its surrounding area are important to both Christianity and Judaism. Not long after the city had been founded, around 30 C.E., Jesus started to operate in the area, forever linking it with some of the most famous miracles associated with him.

South of Tiberias runs the Jordan River (Nehar Ha'Yarden), the site traditionally recognized by Christianity as the place Jesus was baptized by John the Baptist. To this day, thousands of believers visit the site to dip in its waters, and continue its two-thousand years long heritage. For those at home, they may take Jordan River Holy Water in a glass pendant or other vials and decanters.

North of the Sea of Galilee, between Capernaum (Kfar Nahum) and Gennesaret (Ginosar) lies the Mount of Beatitudes (Har Nahum), where Jesus delivered the Sermon on the Mount, and where He named his twelve apostles.

And there is, of course, the Sea of Galilee itself, also known as Lake Tiberias. It is clearly visible from the city of Tiberias, and is where it is said that Jesus walked on the water to meet his disciples, following the miracle of His feeding of the five thousand.

From the time of Christ and through the centuries that followed, the city of Tiberias remained important for Christians all over the world. As the new faith began to take hold and spread, many of the first churches were built in Tiberias and its surroundings, both inside and outside the Old City's ancient walls.

To this day Christian visitors may find the Greek Orthodox Church and monastery, at the southern end of the promenade. On the neighboring Mount Berenice (Har Berniki), await the impressive remains of the Anchor Church, so named after the heavy anchor found at the center of its stone altar, and a plethora of other sites of ritual, both historical and active.

Baptism at the Jordan River