The Torah, the Law of Moses and the Believer 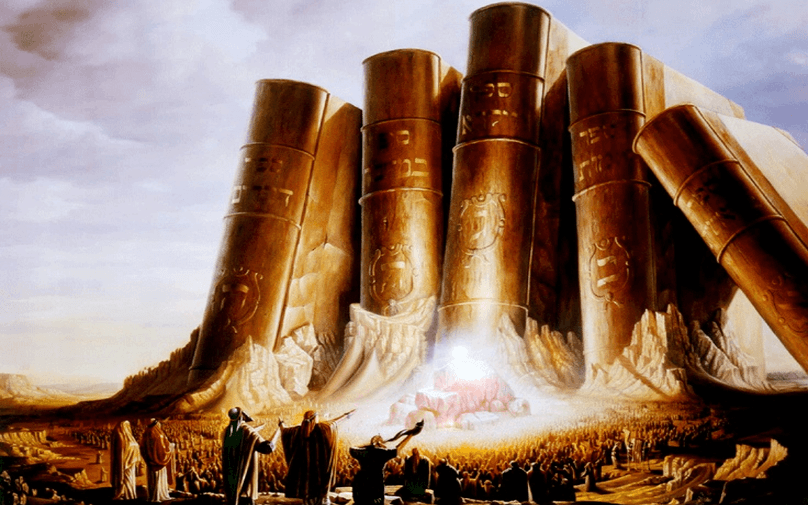 “Be strong and very courageous. Be careful to obey all the law my servant Moses gave you; do not turn from it to the right or to the left, that you may be successful wherever you go. Keep this Book of the Law always on your lips; meditate on it day and night, so that you may be careful to do everything written in it. Then you will be prosperous and successful.” – Joshua 1:8

These were the words of God to Joshua when He commissioned him to take charge of the leadership of the people of Israel as they go to the Promised Land to conquer. Straightforward and encouraging instructions, but upon reading it carefully, you can see the secret of how to become successful. And this secret is revealed by God Himself. The secret is simple; all that God wants us to do is to be careful in obeying the Law of Moses by not turning to the right or to the left. God also wants us to meditate on it day and night, again, for the purpose of doing everything that is written on it.

Before we go to the command of God about obeying His words, let us first focus on what He wants Joshua to follow and keep. Before Joshua, Moses is the undisputed leader of all the Israelites. As he led them towards the Promised Land, he was able to write five books -- the Torah. And it became the first five books of the Bible. Let us briefly discuss the contents of each book to gain an idea of what Moses wrote:

1. Genesis (Bereishit) – The Hebrew word for Genesis means ‘Origins.' The first book of the Torah, Genesis details the account of how God created the world in six days and rested on the seventh day. This book also includes the story of Noah and how God punished men for their wickedness by raining down 40 days and 40 nights. Then, there is the story of the three patriarchs – Abraham, Isaac, and Jacob. God changed Jacob's name to Israel, and he became the father of the twelve patriarchs. Genesis closes with the account of Joseph and his family living in Egypt.

2. Exodus (Shemot) – Exodus means ‘The Road Out.' Moses opened the book by telling the story of Egypt's enslavement of the Israelites. Next is how God used Moses to set His people free. God began to show His awesome power to His people by doing an incredible display of His might. It's in Exodus where God performed the 10 Plagues in Egypt, part the Red Sea and brought down food and water for His people while in the wilderness. However, major setbacks have also happened such as Israel worshiped the golden calf.

3. Leviticus (Vayikra) – Leviticus means ‘He called.' This book details God's law with regards to different aspects of the Hebrew's worship to God specifically in the sacrificial system. It also includes different rules about dieting as well as instructions about purity and impurity.

4. Numbers (Bamidbar) – The Hebrew name for this book means ‘The Census.' Moses began the book by writing about the census of the Israelites and the Tribe of Levi. The highlight of the book is about the spying of the Promised Land by the 12 spies from each tribe. Two of them, Joshua and Caleb returned with great reports and encouraged all the people to go at once to attack Canaan. However, the other ten discouraged the people, so all Israel disobeyed God by not trusting His power to deliver them. God decided to let them wander the wilderness for 40 years.

5. Deuteronomy (Devarim) – Deuteronomy in Hebrew means ‘Words.' As the final book written by Moses, this book serves as his last message to the Israelites. Moses recalled everything that God has done for them especially the deliverance that He gave them in Egypt. Moses also greatly contrasted the rewards of obedience and the punishment for rebellion. And on the last part, Moses passed on the authority to Joshua.

These five books written by Moses are also collectively known as the Pentateuch. Within the pages of the Pentateuch, the Law of Moses which is also commonly referred to as the Mosaic Law is written. It is the whole essence of the Mosaic legislation or what Moses had written to serve as the binding rule of law in the nation of Israel. An individual can easily see the resemblance of the Law of Moses to different constitutions around the globe. In the time of Joshua, the Mosaic Law represents the written Word of God that they use as their reference book with regards to almost everything about their lives.

We keep His words by meditating it. It means that we think about God’s words and its relevance in our lives. We ponder on His promises, and we let it transform the way we think, talk and act. Same with Joshua, God wants us to stay on His path because, on God's way, we will find success. Meditating is not enough. We should also obey and act out what the Law of God says. If the Bible tells us to love our neighbors, then we should actually love our neighbors. If the Law of God says that we should worship Him alone, then we must not look to other things as our object of worship.

In summary, what God wants from us is our obedience to Him through His words. It doesn't matter if you are with Joshua conquering the Promised Land or you are a modern time believer fulfilling God's mission. If you are a child of God, then He wants you to become successful, and the secret to that is one word – obedience.