The 10 Commandments Importance in Modern Life 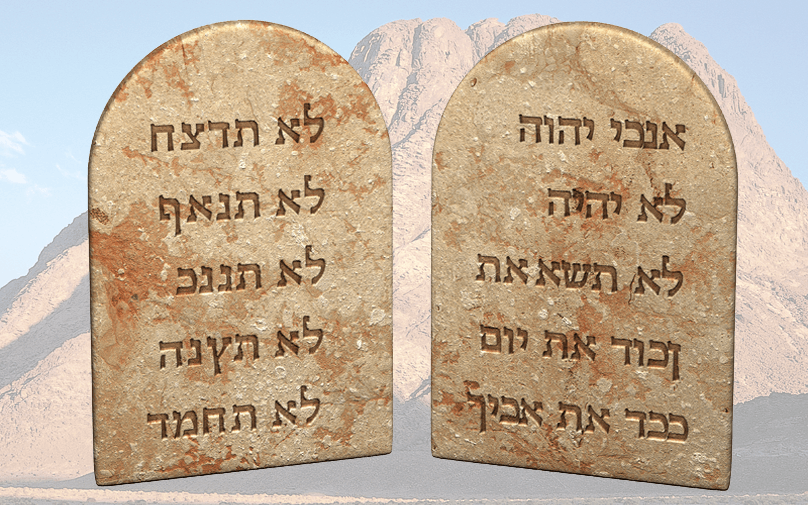 The 10 Commandments of God that was given to Moses during the Israelites experience in the wilderness is probably one of the most famous instructions that were given to man. In fact, if you will closely look at some of the provisions of the constitution of different countries as well as their laws and regulations, you can establish a close resemblance of it to the ancient 10 Commandments of God. This just shows its significance and relevance even in the modern life. But to dig the point deeper, let us examine each of the 10 Commandments and its importance to our lives today.

In the history of the people of Israel in the Bible, one of the greatest sins that they have committed is the sin of idolatry. It is in direct violation of this command that they should not have any other gods except Him. Because of the people from other nations that surround them, they were influenced to worship the pagan gods of the Canaanites. This practice has not yet been eradicated even in our modern times. A lot of religions are claiming that the god that they believe is the true god and even going to the extent that they worship the animals as gods.  A wise and discerning heart are needed to affirm that the LORD is the One true God and there is no other god beside Him.

An idol is a physical representation of anything that is being used as an object of worship. In the times of ancient Israel, people are worshipping statues of cows, snakes, and other animals. They also worship carved images that are made of wood or stones. The idolatry of this people is so great that God allowed them to be destroyed by enemy nations. In our times, we may not have a physical idol that we worship and yet we might just end up worshipping other people, materials possessions or even ourselves.

In this modern time that we live in, the name of the Lord has been reduced to a profane expression for some people when in fact, up until now, Jews do not really utter God’s Name except when reading the Torah and in prayers. This is a very disturbing fact that people don’t have the respect and love for God that they just use His Name in vain or even in their profanities. And I love the quote in one of the presentations of Skit Guys, “God’s Name is not just an expression, not just a name, it’s the Name above every name!”

In a world that put too much value in productivity and busyness, allotting time for meaningful rest seems like a taboo. Yet, the command for us to rest is amazingly included in the 10 Commandments of God. And even in the modern time, the command of God makes a lot of sense. We are humans with limited strength and energy that needs to be regularly replenished. Not heeding the command of God to rest will surely spell disaster in our lives.

Different countries have different cultures with regards to how they treat their parents. In some conservative countries, the parents still command respect even in their old age. While for some, once the child has reached a certain age, it’s normal now to call their parents by their first name. No matter what the culture is, this commandment of God to honor our parents by loving them, respecting them and helping them as a sign of our gratitude never gets old.

Jesus took this command to another level by telling us that murder is not just about the physical killing of someone but also includes the holding of deep grudge and anger towards a person. Probably one of the most violated commands of God, a lot of people today do not have the strength and the character to forgive those who offended them. They rehearse the offense over and over in their mind and in the process they are consumed by a deep resentment that what only separate them from killing the person are the consequences of prison.

We live in a world today with a twisted view of sexuality. In a culture that celebrates sex outside marriage and fornication as well as pornography, the command of God about not committing adultery seems irrelevant. However, purity and faithfulness are essential ingredients to a happy and successful marriage. And guess how can it be attained; by obeying God’s command.

Of course, we all know the consequence of stealing from someone. However, the sin of stealing has been taken to another level because of the advent of the digital age. There are people who steal ideas or even money through online means. The end doesn’t justify the means. Even if the person who steals will use it for something noble, stealing is still stealing and it is against the command of God.

Lying has also been a norm in society nowadays. People who lie to protect their selves or their own agendas have been commonplace and even celebrated in movies or other literature. But a sin will always hurt you or other people. The command of God about not lying is relevant in our days more than ever especially if we aspire the world that is honest and fair. Equality is not just about the rights, it is also about taking responsibility to what we say or do.

The idea of coveting other people’s possession has also been romanticized by our modern world. Now, it’s called ambition. But desiring something that is not yours and working every day for the sake of owning the same thing is not really an idea that will be endorsed by the Bible. Material possessions and money have always been a distraction for the people of God. If there is anything that we should be envious of, it is the impact that Jesus made when He came to this earth and we should set our ‘ambitions’ to do the same.