The Temple in Jerusalem and Jesus Christ 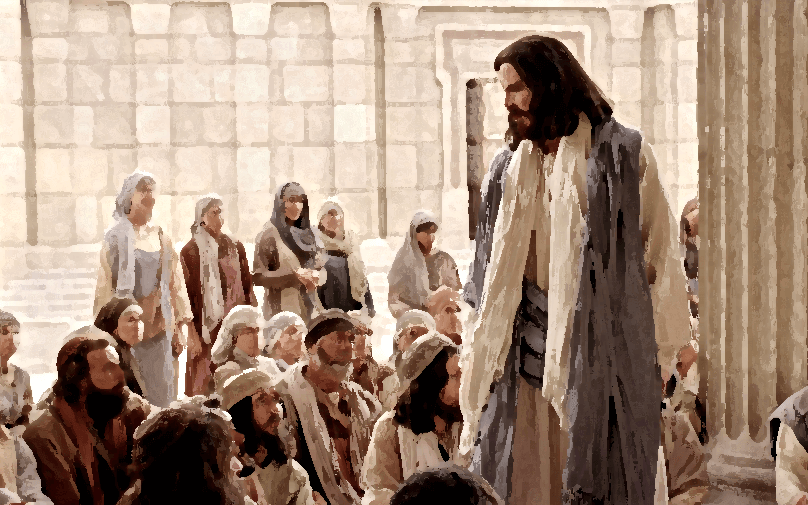 These are the words of King David to his son Solomon speaking of his desire to build a permanent house for God that will shelter the Ark of the Covenant which represents the presence of the Almighty among His people. However, since David was a man of war and has killed too many people, God did not allow him to build the Temple. His son Solomon was charged of the task. King Solomon started building the Temple during the fourth year of his reign and finished it within almost 7 years. The Temple is the crowning glory of King Solomon’s reign by building a permanent and magnificent resting place for the Ark of the Covenant.

However, the Israelites became rebellious and disobedient to God so He warned them repeatedly through the prophets about His punishment and the desecration that will come to the Temple if they would not heed His commands. Still, they did not listened so this grandiose Temple has been destroyed when the Babylonians attacked Jerusalem after about some four hundred years after it was built. Seventy years later, when the Medo-Persian Empire came into power, the Jews were given the chance to go back to Jerusalem and also to rebuild the Temple. The book of Ezra records the account of the building of the second Temple. Though, it is not really magnificent compare to its predecessor, the building of the second Temple helped to bring back one of the most important identities the Jewish faith.

The second Temple was also modified by Herod during the first century. That is why it is also been known as Herod’s temple. And on 70 AD, in accordance to the prophecy of Jesus, the second Temple was destroyed by the Romans and has never been rebuilt up to the present times. What is left standing is a portion of the wall of the Temple which is famously known as the ‘Wailing Wall’.

The Temple has always been a medium that has been used by God to connect with His people. For the Jews, it is not just a physical building composed of bricks and stones. It is a holy structure where the presence of God dwells and where His people can come and experience His glory. It is also a physical representation of the connection that the Almighty has to His people. But the destruction of the Temple begs the question “Is the connection between God and man also lost?” And here is where Jesus entered the picture. In John 2:19 and 21, it is recorded:

Jesus answered them, “Destroy this temple, and I will raise it again in three days.” (v.19)

It is clear in these passages how Jesus viewed His earthly body as a temple. Now, we will look at the similarities between the function of the Temple and Jesus purpose in coming to us.

“Go and tell my servant David, ‘This is what the LORD says: Are you the one to build me a house to dwell in? I have not dwelt in a house from the day I brought the Israelites up out of Egypt to this day. I have been moving from place to place with a tent as my dwelling.”

The Temple has always been a place where the presence of God dwells; this is according to what the Bible teaches. Now, when the Temple has been destroyed, there is an essential need to be filled and this need has been met through the man Jesus Christ. In Colossians 2:9, the Bible says: “For in Christ lives all the fullness of God in a human body.” Through Jesus, the fullness of God’s presence dwells in His body. When Jesus came to this earth, the need for a physical building that limits the people from far away to experience God’s presence has been removed. Now, everyone who has a relationship with Christ can come to a spiritual temple where we can be with the presence of God.

2. A Place for Sacrificial Offering

“Solomon offered a sacrifice of fellowship offerings to the LORD: twenty-two thousand cattle and a hundred and twenty thousand sheep and goats. So the king and all the Israelites dedicated the temple of the LORD.” – 1 Kings 8:63

The Temple was also a place where the sacrificial system of the Judaic faith was being done. The offerings of the people is includes sacrifices for the cleansing of their sins where they will receive forgiveness and purification. When Jesus came to us, He Himself offered His body to be sacrificed by dying on the cross for us. Though He is innocent, His death has given us a way to be eternally forgiven and purified for all our wrong doings. The writer of Hebrews says, “For God’s will was for us to be made holy by the sacrifice of the body of Jesus Christ, once for all time.” (Hebrews 10:10)

These are just some examples of the similarities between the Temple and Jesus Christ. However, there is better news for everyone who already accepted Jesus as their Lord and Savior and received the Holy Spirit in their lives. The Apostle Paul said, “Do you not know that your bodies are temples of the Holy Spirit, who is in you, whom you have received from God? You are not your own.” (1 Corinthians 6:19) Because of this promise, we, as individuals are now temples of the Holy Spirit. We bring God’s presence into our lives and the Bible also urges us to offer our bodies as living sacrifice. What a great privilege!