The Pomegranate as a Symbol of Spiritually 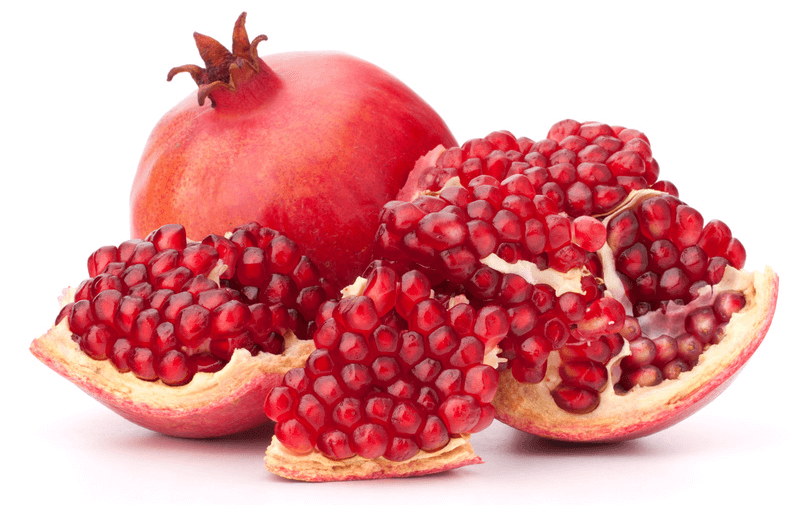 The Pomegranate fruit which is also known as ‘Grained Apple’ is one of the most prominent fruits that are mentioned in the Bible. It is one of the world’s oldest cultivated fruit which is believed to originate from Persia around 4,000 B.C. In fact, some people believed that this fruit is the original fruit that Adam and Eve ate in the Garden of Eden that resulted to their banishment from the presence of God. One of the most esteemed fruits in the Jewish tradition, several Bible verses in the Old Testament mentioned the Pomegranate which makes someone asks if there is any spiritual significance that God wants to communicate through this odd and reddish fruit. In this article, we will look at the various places in the Bible where Pomegranate has been mentioned then extract the spiritual symbolism that the Scriptures want to tell us.

1. Pomegranate in the robe of the High Priest

“Make pomegranates of blue, purple and scarlet yarn around the hem of the robe, with gold bells between them.” – Exodus 28:33 (NIV)

The pomegranate fruit was first mentioned in the book of Exodus as God was giving instructions about the robe that will be wore by Aaron who was supposed to be the High Priest during that time. It was to be put with alternating gold bells and which was required by God so that the High Priest will not die. But why use a pomegranate? Why not use a grape or an apple as a symbolism?

The pomegranate is a peculiar fruit. Upon opening, the person will immediately see the numerous seeds inside it. It is said to have 613 seeds, which corresponds to the number of commandments of the Torah. However, let’s try to dig a little deeper. The exact command of God on Exodus 28:35 says this, “Aaron must wear it when he ministers. The sound of the bells will be heard when he enters the Holy Place before the LORD and when he comes out, so that he will not die.” (NIV) As the High Priest, Aaron is the one who represent the whole nation of Israel before God. The numerous children of Israel can be symbolized by the many seeds of the pomegranate which is being carried inside the fruit. So it could be interpreted that when Aaron enters the Holy Place to minister, he is bringing with him the whole nation. The pomegranate symbolizes the Israelites.

2. Pomegranate with other fruits the spies brought from the Promise Land

“When they reached the Valley of Eschol, they cut off a branch bearing a single cluster of grapes. Two of them carried it on a pole between them, along with some pomegranates and figs.” – Numbers 13:23

Another place in the Bible where the pomegranate was mentioned is on the account of 12 spies exploring the land of Canaan. In order to prove that the land is indeed flowing with milk and honey, the spies decided to bring some produce of the land to show to Moses and the people of Israel. In this story, the pomegranates were included along with other prominent fruits in the Bible – grapes and figs. The pomegranate fruit here is a symbolism of fruitfulness. God in His amazing goodness and provision desires to richly bless His children. The pomegranates along with other fruits of the land that the spies has taken were deposits that God has made to prove to the Israelites His provision in the land where He will take them – in short, His faithfulness. It could be a direct allusion to what the Bible says about God making a deposit in us through the Holy Spirit guaranteeing what is to come. And along with the Holy Spirits are the fruits of ‘joy, peace, patience, kindness, goodness, faithfulness and self-control’ (Galatians 5:22)

3. Pomegranates in the two Bronze Pillars of Solomon

“He made pomegranates in two rows encircling each network to decorate the capitals on top of the pillars. He did the same for each capital.” – 1 Kings 7:18

The two bronze pillars of Solomon is another prominent place where pomegranate has been given special mention. Patterns of pomegranate fruits have been used by Solomon to decorate the two pillars that were named as Boaz and Jachin which means “In its strength” and “He will establish”, respectively. Interpretations have been offered that the two pillars means, “God will establish in strength.” Solomon is known to be the wisest man who ever lived due to God’s answer to his prayer. He, in his wisdom decided to use the pomegranate fruits as decoration to symbolize the fruitfulness that is being provided by wisdom. In the book of Job it was said, “To God belong wisdom and power...” (Job 12:13 NIV). That combination is indeed will result to rich fruitfulness in the lives of the people who worship God.

4. Pomegranates as compared to the temples of man

“Your lips are like a scarlet ribbon; your mouth is lovely. Your temples behind your veil are like the halves of a pomegranate.” – Song of Solomon 4:3 (NIV)

Solomon used again the symbolism of a pomegranate fruit and this time in his songs. The fruit has been mentioned several times in the whole book of Songs of Solomon and indeed, it has a very interesting interpretation as used by the King of Israel. It should be clear by now that the main symbolism that the pomegranate means is fertility or fruitfulness. Solomon using the fruit to compare with the temple could be related to what the Bible teaches that the mind that is controlled by the Spirit is life and peace. (Romans 8:6) Indeed, along with the Holy Spirit’s guidance in us is the promised fruitfulness in  different aspects of our lives. A mind that is controlled by God’s Spirit is in fact a mind that will result to success and abundance. And just like what the pomegranate symbolizes, fruitfulness is reserved for those who are connected to the tree.