The Lamb in the Bible from Genesis to the New Testament 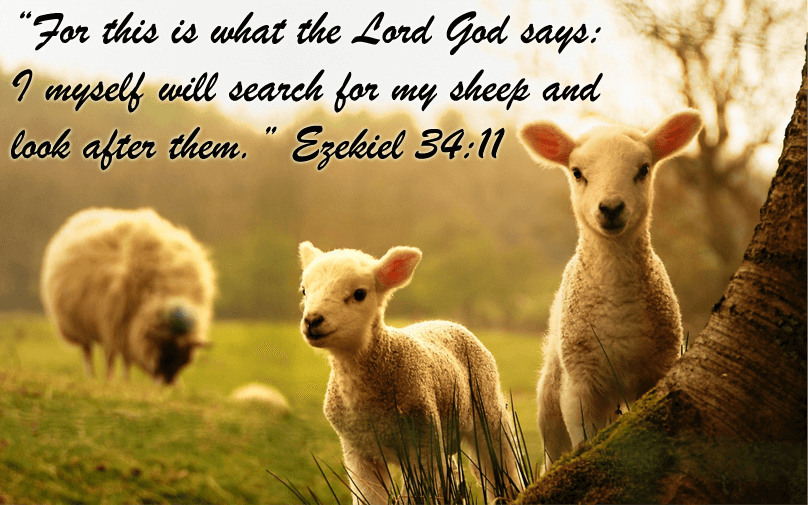 “The next day John saw Jesus coming toward him and said, “Look, the Lamb of God, who takes away the sin of the world.” – John 1:29

Can you guess what is the most mentioned animal in the Bible is? If you answer, sheep, then you are right. Probably the most prominent animal in the whole Scriptures; the lamb is said throughout the books of the Bible. From Genesis to Revelation, the sheep have been used symbolically throughout the Bible to portray God’s people while the lamb as a representation of His Son, Jesus. In this article, we will look at different places in the books of the Bible where the lamb has been mentioned and in each one we will also look at the significance of what is written as well as its relevance in our lives today.

“Abel also brought a gift – the best of the firstborn lambs of his flock. The LORD accepted Abel and his gift.” – Genesis 4:4

The lamb has been first mentioned in the infamous story of Cain and Abel. Both brothers offered something to God, Cain offered some of his produce while Abel offered fat portions from the firstborn of his flock. The Lord looked with favor on the offering of Abel but not on the offering of Cain. This makes the older brother really angry that he killed Abel out of rage for what happened. If you have already read this story before, have you ever wondered why God did not look with favor on Cain’s offering? The answer can be found in two words that describe each one’s offering. For Cain, it’s the word, ‘some’ while for Abel it’s the word ‘best’.

The lamb is a foreshadowing of what Jesus will do to save humanity – to be the sacrificial Lamb of God. Meanwhile the order of being firstborn is a foreshadowing of what God will say in Exodus 13:2 – “Consercrate to me every firstborn male. The first offspring of every womb among the Israelites belong to me, whether human or animal.” By offering to God, Abel unknowingly gave what God wants. But basically, the Bible is telling us to give to Him the best portion of everything that we have. God doesn’t deserve our ‘some’; God is always entitled to what is best.

“Tell the whole community of Israel that on the tenth day of this month each man is to take a lamb for his family, one for each household.” Exodus 12:3 (NIV)

This instruction from God is regarding the first ever Passover that the Israelites celebrated before they left Egypt to go to the Promise Land of Canaan. The lamb in this account is a symbol of celebration. Finally, after 400 years of slavery in the land of Egypt, God heard their cries and brought upon them a great deliverance. The Passover Lamb has been a reminder for all the Israelites throughout the years to remember how God saved them from the oppression of Pharaoh. It should permeate their whole lives by always bearing in their minds that God is the God of their salvation.

For us, the Passover Lamb has a similar meaning. In the course of our day to day lives, trials and challenges inevitably come in our way. However, we should always remember and meditate that God is a God who saves and He has the power to deliver us even in the biggest problems. And as the Passover Lamb symbolizes God’s triumph over Egypt, Jesus as the Lamb of God is also the emblem of God’s victory over sin and death!

John the Baptist painted a fascinating picture of Jesus as the Lamb of God who takes away the sin of the world. In the Old Testament, an elaborate sacrificial system has been instituted by God to be followed religiously by the people of Israel. This system includes sacrificing different animals such as goat, bull and lambs for different purposes. One of these is to cleanse someone from the impurity of sin and receive forgiveness from God. The rationale of sacrificing animals in the Old Testament is explained rather well by the author of Hebrew in Hebrews 9:22, “In fact, according to the law of Moses, nearly everything was purified with blood. For without the shedding of blood, there is no forgiveness.”

Going back to what John the Baptist said, Jesus as the Lamb of God will take away the sin of the world. And Jesus did it by shedding His own blood on the cross. And now, anyone who accepts Him and receive His lordship will also receive justification and forgiveness. Considering this truth, the lamb should also remind us of what Jesus did for us. The punishment that He had received, the suffering and pain that He endured in the cross should be overshadowed by the greatness of His love for us.

4. The Lamb in the Revelation

“Then I saw a Lamb, looking as if it had been slain, standing at the center of the throne, encircled by the four living creatures and the elders. The Lamb had seven horns and seven eyes, which are the seven spirits of God sent out into all the earth.” – Revelations 5:6

And lastly, the slained Lamb that was saw by John in the book of Revelations. The Lamb that was mentioned in the last book of the Bible is in no way similar with the previous symbolisms of the Lamb. The Lamb in the book of Revelation is holy and powerful and commands worship from heavenly beings present with God. The Lamb is also able to break open the seven seals in a scroll that no one in heaven or on earth or under can do. In this passage, God wants to remind us of His power, strength and majesty. It is easy to be caught up in everything that is happening in our lives and to think that we are so powerless to overcome. The Lamb – worthy, powerful and mighty – is able! And He promised that He won’t let you down.