Sea of Galilee and the Ministry of Jesus Christ 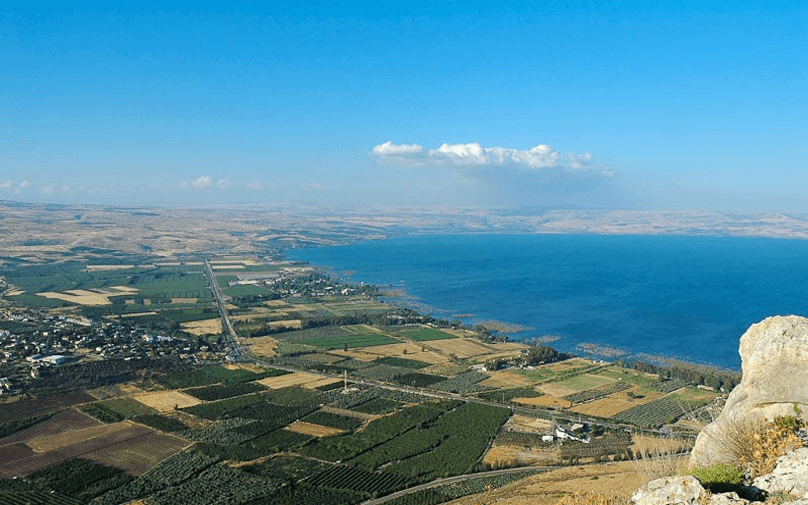 “As Jesus was walking beside the Sea of Galilee, he saw two brothers, Simon called Peter and his brother Andrew. They were casting a net into the lake, for they were fishermen.” – Matthew 4:18 (NIV)

The Sea of Galilee is one of the most famous places during the time of Jesus Christ. In fact, if you will study carefully the Gospel accounts, some of the major miracles of Jesus were performed in the surface of this famous body of water. For his apostles, Andrew, Peter, James and John, the Sea of Galilee could be a very important and memorable place because in this place they have first encountered the Lord and the Savior of the world. But what really is the connection of the Sea of Galilee in the ministry of Jesus Christ? And what can we glean from everything that has transpired in this famous ‘sea’.

A common misconception of people who don’t really have a broad knowledge of the geography of the area is they think that the Sea of Galilee is really a sea. But it’s not. It’s a lake with a total area of 170 square kilometres. Also, the Sea of Galilee is known to have many names. In the Hebrew Bible, it is known as Chinnereth. Jewish scholar Josephus called it in its Hellenized form, Gennesar or Gennesaritis. And for the apostle John, he called it twice as the Sea of Tiberias. Truly, these are interesting facts about the Sea of Galilee. But, of course, the most interesting fact of all is this: Jesus ministry mainly revolve on places around the sea. Now we will look at some of those special stories of Jesus as He serves His people during His time.

1.  The Sea of Galilee as a Symbol of Fishers of Men

Perhaps one of the most remembered lines by the followers of Jesus are the words that He spoke when He called Andrew and Peter, ordinary fishermen that were given an extraordinary mission to fish for people. The Sea of Galilee bears witness to the transformation that Jesus has brought to the lives of those two brothers. For believers today, it is a stark reminder that God doesn’t look in our earthly credentials. Here are Peter and Andrew doing what they know to earn a living. In another place in the New Testament, Peter, along with John, is called ‘unschooled, ordinary men’. Yet, Jesus came and changed everything. So no matter who you are and no matter what your status in life is – rich or poor, big or small – if God calls you then you are called! And every time you see a body of water, remember the Sea of Galilee. If God can change the course of life of Peter, God can change your course of life too.

2. The Sea of Galilee as the Road of Jesus’ Miracle

“When the disciples saw him walking on the lake, they were terrified. “It’s a ghost,” they said, and cried out in fear. But Jesus immediately said to them: “Take courage! It is I. Don’t be afraid.” – Matthew 14:27 (NIV)

In this instance, the Sea of Galilee bears witness of the One who has the power to overcome the basic laws of nature, Jesus walks on water to follow His disciples who went ahead of Him. In fact, in the story that is written in the Gospel of Matthew, Peter also attempted to walk on water and was able to take some steps before finally sinking in the water. Here we can see that God is able to do the impossible in our lives. He is able to bend the law of Physics just to show His power and remind us that there is nothing too hard for Him. The words of Jesus saying, ‘Take courage! It is I. Don’t be afraid’ is meant to give us comfort when we are tempted to doubt God and to doubt His goodness in our lives.

The truth is we are always on the boat in the Sea of Galilee. From time to time, Jesus is asking us to step out of the boat to get closer to Him and experience His power in our lives. We should be like Peter who looks to Jesus and obey Him and in the process, he also did the impossible – even for a while. In this matter, a lot of people are criticizing Peter because of his small faith but they can’t see the other 11 disciples who stayed on the boat. If you want to experience the miracle of Jesus and to walk on the water of the Sea of Galilee, then we must be willing to leave our comfort zone.

3. The Sea of Galilee and God’s Comfort

“Jesus was in the stern, sleeping on a cushion. The disciples woke him up and said to him, “Teacher, don’t you care if we drown?” He got up, rebuked the wind and said to the waves, “Quiet! Be still!” Then the wind died down and it was completely calm.”

The Sea of Galilee is notorious for its sudden and violent storms. This is what happened in another incident as Jesus and His disciples are crossing the lake. The peculiar thing however is Jesus still managed to sleep in spite of the violent torrent of wind and raging waves that were hitting their boat. Isn’t it amazing how God’s comfort and peace can make you calm despite of what’s happening around you? Yet the disciples were so disturbed that they need to wake the sleeping Lord. And with just a simple command from Jesus, the winds and waves were stilled. Whenever you will find yourself in a place where your Sea of Galilee is having a sudden violent storm inside of you, remember that God is the God of peace and comfort. And just like how Jesus stilled the storm in the Sea of Galilee, Jesus can also calm the storm inside you.