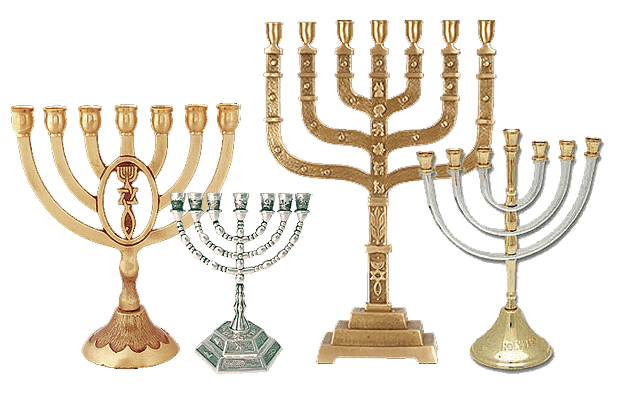 The Menorah can be displayed to show support of the people of Israel, a connection to your Jewish Roots, and recognition that G-d lights the way.

The Menorah has to come to represent the Jewish people more than any other symbol.

Throughout the centuries of exile the Jewish people carried with them a menorah as a symbol of their history. The menorah was a emblem of their eternal belief in G-d's word, the eventual redemption of the people and their eventual return to the Land of Israel.

The prophet Zechariah had a vision described in Chapter 4:2-6

"I saw a menorah of gold… with seven lamps on it, with seven moldings in the seven lamps. There were two olive trees beside the menorah, one of each side of it.
Then I asked the angel, 'What do these things mean, my lord?'
And the angel said to me, 'Do you know?' And I said, 'No, my lord.' Then he said, 'This is the word of the Lord unto Zrubavel:
Not by might nor by power, but by my spirit, says the Lord.' “

Zechariah, returning with the people from Babylonia, understood the meaning of these words to be the "Light unto the World" as this saying was revealed to Zechariah in the seven flames of the menorah.

The menorah stretches between earthbound man and the purity and perfection of G-d. His light transcends all and beckons us towards higher ideals and holiness. It is said that there are seven branches to represent the seven days of the week: the Sabbath in the center and the others for each day. It reminds us that G-d is present in each and every day and is the eternal light of the world.