The Lion of Judah: From Ancient Tribal Symbol to Modern Symbol of Jerusalem 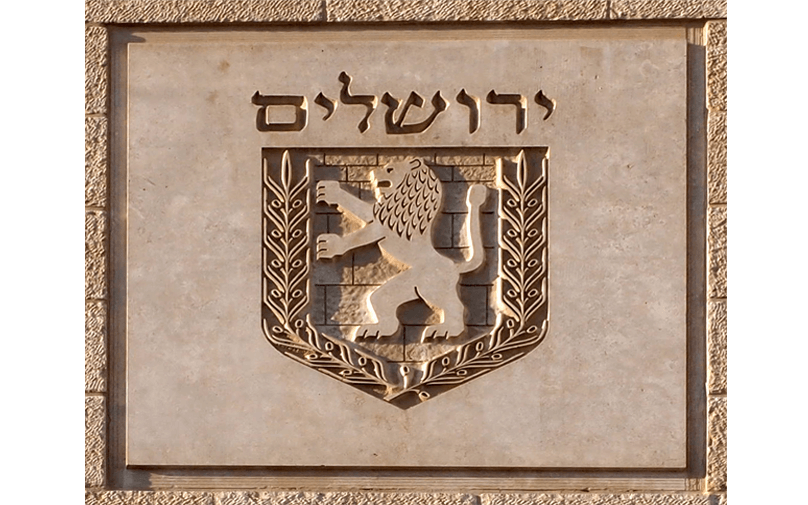 “Judah, my son, is a young lion that has finished eating its prey. Like a lion he crouches and lies down; like a lioness – who dares to rouse him? The scepter will not depart from Judah, nor the ruler’s staff from his descendants, until the coming of the one to whom it belongs, the one whom all nations will honor.” – Genesis 49:9 – 10 (NLT)

Jacob said the passage above as he prophesied his blessings to his children before he died. Thousands of years ago, the tribe of Judah was already chosen to hold the scepter which is a symbolism of being a ruler. From the tribe of Judah came the most famous king of Israel which is King David. The Bible called him ‘a man after God's own heart.' Then from the line of David came the promised ruler of all and that is Jesus Christ. In fact, in the book of Revelations, the Apostle John wrote, “But one of the twenty-four elders said to me, “Stop weeping! Look, the Lion of the Tribe of Judah, the heir to David’s throne, has won the victory. He is worthy to open the scroll and its seven seals.” (Revelation 5:5 NLT)

The city of Jerusalem in modern day Israel is now using the symbol of the Lion of Judah as its official symbol. The emblem shows a figure of a rampant lion which is symbolically the Lion of Judah with a background that represents the wall of Jerusalem. It also includes two interlocking olive branches which signify peace and a Hebrew inscription written above that means ‘Jerusalem.' There is indeed a genuinely interesting story about the symbol of the Lion of Judah, now let us try to bridge the ancient and the modern by linking the features of the new emblem with what the Bible said.

The rampant lion represents the alertness and the fierceness of the people of Judah. In the history of the nation of Israel as recorded in the Bible, the tribe of Judah has always been a group valiant warriors, and it the reign of King David highlighted it. He is the epitome of might and courage, a warrior who did not cower in the face of a lion, a bear, and even a 9-foot giant. In addition to this, the prophecy about the scepter not departing from the tribe of Judah has started with his kingship. Jesus, who also came from the lineage of David, also fought the greatest battle – the battle of sin and death – and He overcame!

In the modern day, the nation of Israel fought and overcame the deadly blows of the enemy. Severe trials, problems, and tragedies have befallen the country, but still, it emerged victoriously. The establishment of the state of Israel in 1948 is a testament to the unyielding spirit of the people of God. Indeed, a rampant lion!

“The wolf will live with the lamb, the leopard will lie down with the goat, the calf and the lion and the yearling together; and a little child will lead them.” – Isaiah 11:6 (NIV)

The interlocking olive branches signify peace and even though, in the history of Israel, peace is a rare commodity; it was still promised and given by God to rulers and people who chose to obey Him. King Solomon is the perfect example of a king who had a peaceful reign. In his early days, King Solomon sought the wisdom to govern the people of God, and the Lord was pleased, so He gave him everything – wisdom, power, riches and rest from all his enemies. However, when he was old, the women from other nations that he married incite him to worship false gods and this made the Lord furious. God tore the kingdom from Solomon's son's hands but left Judah and Benjamin for him to rule.

Today, peace is still a concept that is hard to attain for the nation of Israel. In recent years, conflicts and struggles between neighboring nations plagued the people of God. It is depressing, yet the hope from the promise of God can energize His people that one day, peace will be as attained and the lion will lie down with the yearling calf.

3. The Wall of Jerusalem

The wall of a city represents its strength and the security it provides to the people who live within it. In the Bible, the wall of Jerusalem has been broken numerous times and along with the destruction is the humiliation that the people of God faced. Despite this, God always raises a person who will lead His people to rebuild the wall of Jerusalem.

Jerusalem's wall is a testament to the strength and perseverance that God has given to His people. To fall and then to rise again and again without losing their faith is one of those qualities that you will admire from God's chosen people.

The symbolism of the Lion of Judah has gone through a lot over the past thousands of years. From the ancient symbol of the prestigious tribe of Judah, the emblem is now a significant aspect of the identity of the city of Jerusalem and the citizen of the Israel nation as well. In spite of the distance between the ancient and the modern days, the symbolism that the Lion of Judah represents must stay notwithstanding the influx of contemporary culture. To uphold the pride, the peace and the humility that came from God is utmost important, and the passing down of the baton to the younger generation must be critically guaranteed.