Preparing for the Torah 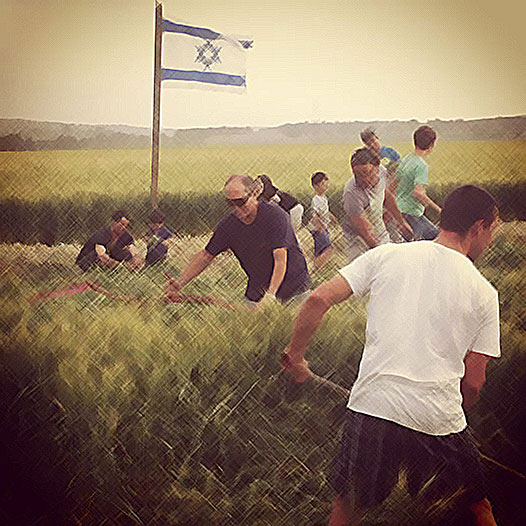 When G-d revealed Himself to Moses through the burning bush He said, “… When you have brought the people out of Egypt, you will worship God on this mountain.” (Exodus 3:12) It took the Israelites seven weeks from the Exodus to reach Mount Sinai. On the 50th day G-d gave His people the Torah. This day has come to be known as the festival Shavuot. The 49 days that connect Passover with Shavuot are called the "Counting of the Omer" or in Hebrew, "Sefirat HaOmer."

During the times of the Holy Temple barley was offered on the second day of Passover as prescribed in Leviticus 23:10. This was called the “Omer” which means sheaf and would signify that it was permissible to consume recently harvested grains. It is from this event that we “Count the Omer.”  In Leviticus 23:15 the Torah tells us that we should count from the day of the offering until the day the Torah was given by G-d.

The Counting of the Omer is an important time in spiritual development and introspection. Each day we are to refine our hearts and get one step closer to being able to receive the Torah. G-d knew that after so many years in bondage in a foreign country His people would need time to learn to obey His rules. They needed to cleanse themselves of Egypt’s blasphemous ways and become worth candidates as the Chosen People. During the 49 days it took to reach Mount Sinai the people purified their minds and souls to receive His Word.

On the 50th day the Jewish people stood at the foot of Mount Sinai and received G-d’s Word. This was the fulfillment of the transformation of G-d Chosen People who at the Exodus became physically free, but where still not spiritually free. The day they fled Egypt the Israelites were free to be the people they were meant to be. However, they did not know how to be G-d’s Chosen People. They were still spiritually trapped by the bonds of slavery. On the day they received the Torah, they learned the how to practice the G-d’s commandments which were indisputable and enduring.

Each of us needs to prepare to once again re-experience the giving of the Torah. On the 50th day, Shavuot, we will metaphorically stand at Mount Sinai and receive G-d’s wisdom, will and love. We know we have satisfied this journey of the soul as we are filled with His Word.