The three festivals mentioned are also known as Passover, Shavuot and Sukkot. They are referred to as the Pilgrimage Festivals or Shalosh HaRegalim in Hebrew. They are called Pilgrimage Festivals because it was required that all male Israelites must to travel to the Temple in Jerusalem and bring an offering before the priests. Each of these three festivals has both a religious component and an agricultural component.

Passover celebrates the Exodus of the Jewish people from Israel. This was a seminal event for the Israelites and essentially formed the Nation of Israel. In Exodus 12:17 God commanded that the Feast of Unleavened bread be held each year. 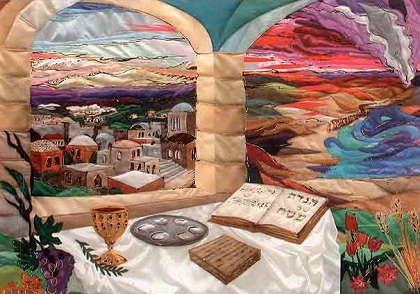 Agriculturally, it represents a beginning and an end. It is the beginning of the planting season and it is the end of the of the barley season. The day after Passover the Israelites started the barley harvest and Counting the Omer which marks when it is permissible to eat the recently harvested barley.

Today Passover is celebrated with an organized traditional meal called a Seder. During this festival we still abstain from products with leavening. The day after Passover we begin to Count the Omer. This aspect of the holiday links it to the next Pilgrimage Festival, Shavuot.

Shavuot began Biblically as an agricultural festival. Shavuot in Hebrew means "weeks" and is the culminating festival of the Omer Count. It is a festival celebrating the late spring wheat harvest. It is also known as the Festival of First Fruits because the Israelites were to bring the first of the harvest to the Temple in Jerusalem as an offering. 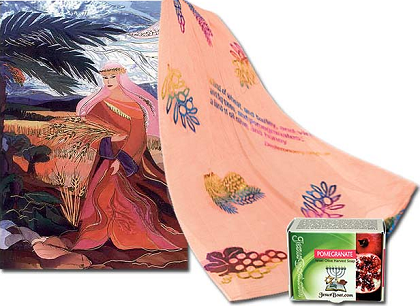 The Biblical aspect of Shavot came later in history for on this day God gave the children of Israel the Torah. Moses went up Mount Sinai and received first the Ten Commandments and then other portion of the Torah.

Both aspects of Shavuot are the focus of this festival today. It is particularly celebrated in agricultural communities to honor of the livelihood of the area. Religiously, it is traditional to stay up all night studying the Torah.

Sukkot honors the 40 years the Israelites spent in the desert replying expressly on God for their sustenance. Sukkot means "booths" or "tabernacles" and refers to the temporary dwellings they used at the time. 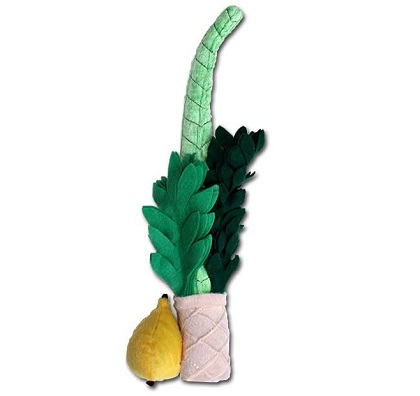 Agriculturally, Sukkot celebrates the last harvest of the season before the winter rains begin. Part of the observance it to tie together what is known as the Four Species (willow, myrtle and palm branches and a citron) and move it in a traditional, prescribed way. These symbolize the bounty of the harvest and fertility of the Land.

It is still customary to construct a "sukkah" during Sukkot. The structure must not be permanent, have at least three walls and a roof in which one can see through. During this week meals are taken in the Sukkah and many families sleep in it as well.

During the Three Pilgrimage Festivals the nation of Israel fortified its strength and oneness as a people. Entrenched in the holiness of Jerusalem, it gave them the opportunity to come together and reaffirm their covenant with God. Today many people continue to make pilgrimages during these holidays to the Western Wall, the holiest site in Judaism. In doing so they are following in the footsteps of their ancient ancestors and keeping holy traditions alive.