How to Use the Shofar: A Brief Guide 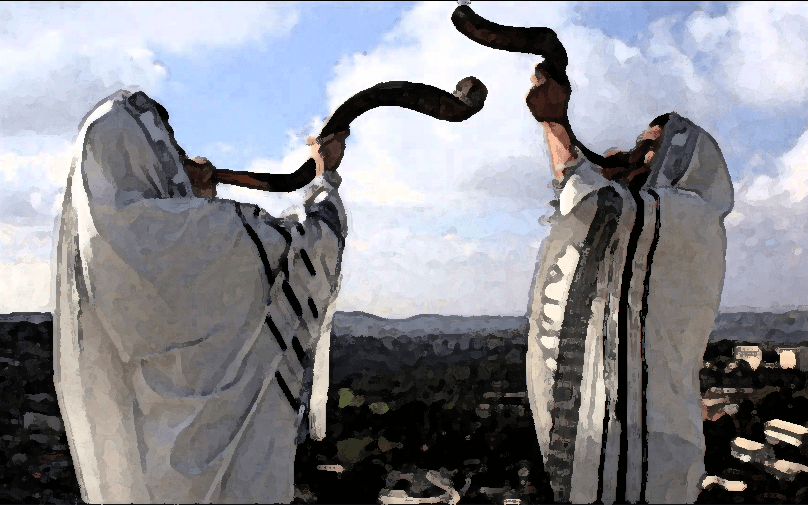 “On the first day of the seventh month hold a sacred assembly and do no regular work. It is a day for you to sound the trumpets. – Numbers 29:1 NIV

The shofar is one of the most ancient relics that was used by the people of Israel in their religious ceremonies as well as in their different military purposes. By reading the Bible, especially in the Old Testament, we can see how the Jewish people utilized the shofar in a lot of their faith-based activities. The shofar was used to signal the beginning and ending of a religious celebration, to empower the Israelite army before conquering an enemy nation and to call the people to prepare themselves for meeting with God.

In the present day, the shofar is being used in two major Judaic holidays. One is on Rosh Hashanah, which is the Jewish New Year according to the civil calendar and the another is on Yom Kippur, which is also known as the Day of Atonement, the holiest day of the year in Judaism.

The LORD said to Moses, “Say to the Israelites: ‘On the first day of the seventh month you are to have a day of sabbath rest, a sacred assembly commemorated with trumpet blasts. – Leviticus 23:23 – 24 NIV

There are laws and regulations about the blowing of the shofar during the Rosh Hashanah celebration. In fact, there must be a total of 100 trumpet blasts during the day in various instances in Rosh Hashanah prayers.

There are a lot of issues surrounding the celebration of Jubilee for the Jewish people in the modern times, but as of now, this particular time where slaves are to be freed and properties to be returned is not being observed religiously. However, one of the reasons why the shofar is being used in the celebration of Yom Kippur is because of what the Torah said in the Bible verse above. It is also to illustrate the freedom from the bondage of sin figuratively upon atoning it through repentance and sacrifice.

1. How to blow the shofar

The shofar, as a musical instrument, is blown just like how you blow a trumpet. If you are new to using a shofar, it is preferable to use a short one because a longer shofar needs more air and therefore harder to use. To start blowing the instrument, put your mouth against the mouthpiece and make sure that the mouthpiece is not inside your mouth. You can choose whether to put the shofar in the side corner of your mouth or in the center. Next, tighten your upper lip and loosen your lower lip to help your lips vibrate upon blowing the shofar. Force air through a small hole in your lips as possible. At first, it might not sound like how you imagine it, but continue practicing until you become skillful in doing it.

The shofar blasts were used in the biblical times in different religious practices as well as military operations of the Israelites. In the Judaic culture, however, various types of shofar blasts must be used, and each blast has its own meaning. Consider these four main blasts and its relevance in your devotional life.

This blast is a long and straight, single blast that is usually being used to sound the King’s coronation. In the Bible, God is portrayed as our King, that is why the request of the Israelites to have a human king hurt the heart of God as recorded in 1 Samuel 8. You can sound the Tekiah at the beginning of your personal worship to remind you that God is your King and He deserves your respect and reverence. Also, as the King of your life, the Lord is the provider of all the good things in your life, so He deserves your worship and gratitude.

The shevarim is consisting of three short wailing blasts and used to signify repentance. In fact, the Kabbalists viewed the shevarim blasts as the mournings of a Jewish heart that yearn to connect to God and to achieve greater things through God's blessings. We live in a fallen world where we are separated to God because of our sins and shortcomings. It is always a must for us to confess our sins and to repent from our wrong doings every time that we come to God in our personal devotion time. Use your shofar and sound the shevarim to remind you of your need to be purified and cleansed by God’s Spirit.

The Teru’ah consists of nine stacatto blasts of alarm which signifies the need to alarm and awaken our souls. Most of the time, because of the deceitfulness of sin and the earthly pleasures offered by this world, our souls are being hardened to the point that we enter a state of spiritual comatose. Thus, according to the Apostle Paul, “Wake up, sleeper, rise from the dead, and Christ will shine on you.” (Ephesians 5:14 NIV) Sound the teru’ah blasts and let the power of God break the heart of stone and give you a heart of flesh.

This is one great long blast that signifies the last invitation to have a sincere repentance and atonement. Let this blast from the shofar help you to focus on having a daily overhaul of your life to conform you into the image of God for which you are originally created.

The shofar is a beautiful instrument that has been passed down from generation to generation and is rich with spiritual meaning, especially to symbolize the presence of God. Use it as part of your devotionals with God and let its biblical significance permeates every minute of your time with the Lord.