The Fascinating Flavors of Israel 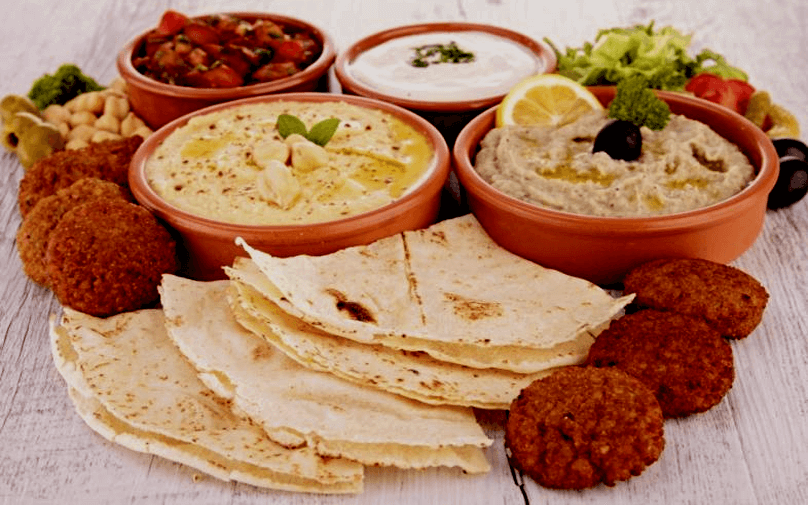 Back to Israeli Food and Wine

After the Diaspora, Israeli cuisine was influenced by Jews from all over the world; a fusion of cultures influenced the current cuisine that people enjoy all over Israel to this day.
The various styles of food were heavily influenced by the Mizrahi, Sephardic and Ashkenazi styles of cooking. Jewish cooking has been influenced by generations of Jews handing down recipes from one family member to another to create unique Jewish recipes still used today.

Israeli Cuisine is also influenced by the Mediterranean foods such as couscous and falafel which have been incorporated into daily life and are now an integral part of Jewish food.  To most western visitors these dishes are considered essentially Israeli. Hummus is one of the corner-stones of Israeli cuisine and is usually found in everyday meals alongside freshly made Pita bread.
Visitors coming to Israel will enjoy the abundant street side vendors selling their delicious freshly made kebabs, falafel, shawarma and assortment of tantalizing salads.
Jewish meals are also influenced by the climate and fresh produce from Israeli farms which is planted according to the season. The climate and varied geography determines what Israeli food products are available throughout the year. Near the Sea of Galilee and Jordan Valley farmers grow bananas, mangos and avocados, while in the Golan one can go Cherry and Apple picking. Wineries have sprouted up in the mountains of the Golan and Galilee. A wide variety of wineries make for an enjoyable day out in the area and Israeli Wines have now made their way on to the table of wine connoisseurs throughout the world.  Popular Wineries such as the Golan Winery are nestled in the Golan Heights and are their wine is an essential part of Jewish Sabbath Meals.
Enjoy Israel Wine

Keeping Kosher
A large percentage of Jews keep kosher which is basically a set of dietary laws set down by the rabbinical council called Kashrut and this therefore influences the styles of cooking.  The basic guidelines on kosher cooking is the separation of Milk and Meat.  Observant Jewish households will have two refrigerators, two sinks to wash their dishes in and two sets of cutlery and dishware to eat their meals with.  Sometimes they will even have two kitchens. Observant Jews will also wait between one to six hours before eating milk after consuming meat products.
Many Israeli food products must be labeled Kosher and there are various symbols which identify kosher Israeli food products products called Hechsher’s.  Most Israeli factories have their own Rabbi to oversee the production of the food items or some Israeli companies will have a visit from a committee from a rabbinic organization to certify the products allowing them to have a Hechsher or seal stating if it is Kosher, Parve or Kosher for Passover. Food that is not considered in accordance with the Jewish law is called Treifa.  Many food items are forbidden to eat, such as meat from unclean animals like pork, most insects, shell fish and meat from animals that are considered to be scavengers.
The slaughtering of animals must be done a certain way and must be done by a trained individual called a Shochet and follow guidelines set down by the rabbinic counsel. The rule regarding not mixing Meat and Milk is taken from broad interpretation of the commandment not to "cook a kid in its mother's milk" (Exodus 23:19, 34:26 and Deuteronomy 14:21).
Pareve foods are basically items which don’t fall into either a Meat or Diary category and are therefore safe to eat with either one, such as Fish or eggs.
In essence, Meditteranean Israeli cuisine has a unique flair of its own.  It keeps developing with the times to incorporate a healthier way of life.
You are invited to explore all the delicious Israeli food products offered at JesusBoat.com. As Israeli people say “Be’Teavon” which means “Bon Appetite”.
Continue reading