Biblical and Spiritual Significance of the Shofar 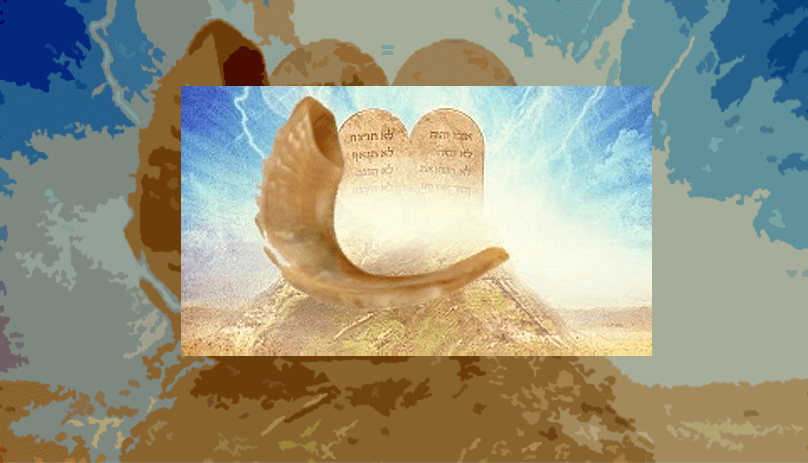 "On the morning of the third day, there was thunder and lightning, with a thick cloud over the mountain, and a very loud trumpet blast. Everyone in the camp trembled... As the sound of the trumpet grew louder and louder, Moses spoke and the voice of God answered him. – Exodus 19:16, 19 NIV

What does it take to encounter the presence of God face-to-face? What will you feel when you are exposed to the awesome glory of His majesty? What will you do when the overwhelming power and the might of God are unfolding right before your very eyes? This is what exactly the Israelites experienced when God met with them in the desert of Sinai to give the Torah to Moses as the book of instruction for the nation of Israel. The thunder and lightning along with the dark billowing clouds that covered the mountain embodied the presence of the Lord and along with these majestic demonstrations of God's power are the loud trumpet blast – the shofar.

The shofar is one of the symbolisms of the Judaic faith that were used by the people of Israel throughout the biblical times and up to the present age. The shofar is a trumpet that is made from a ram's horn and used by the Israelites in time immemorial in their religious ceremonies and military purposes. It is an instrument that is used to signal the people, to alert them and, in the case of what happened in the desert of Sinai, God used it as an announcement of the arrival of the presence of the Lord. The shofar has been around for a very long time, but what is the biblical and spiritual significance of this ancient Jewish musical instrument?

1. A call to revere the awesome presence of God

When the people saw the thunder and lightning and heard the trumpet and saw the mountain in smoke, they trembled with fear. They stayed at a distance and said to Moses, “Speak to us yourself and we will listen. But do not have God speak to us or we will die.” Moses said to the people, “Do not be afraid. God has come to test you, so that the fear of God will be with you to keep you from sinning.” – Exodus 20:18 – 20 NIV

The shofar’s blast, as well as the thunder and lightning, were shown by God so that the people of Israel will revere Him. However, all throughout the history of the nation of Israel in the Bible, we can see that they continuously tested God by sinning and rebelling against Him and worshipping idols. God's holiness demands and deserves our reverent fear. We now live in a world that shows utter disregard for the holiness of God, yet the trumpet blast of the shofar reminds us that we are always in the midst of God’s Holy Presence. The sound of the ram’s horn has always been a pivotal music for the Israelites because it helps the people of God to remember that they are serving a Holy God and they must keep themselves from sinning against Him.

2. A call to remember God’s strength and His salvation

Now the gates of Jericho were securely barred because of the Israelites. No one went out and no one came in. Then the LORD said to Joshua, “See, I have delivered Jericho into your hands, along with its king and its fighting men... When the trumpets sounded, the army shouted, and at the sound of the trumpet, when the men gave a loud shout, the wall collapsed; so everyone charged straight in, and they took the city. – Joshua 6:1 – 2, 20 NIV

God gave Joshua a very specific set of instructions on how they would be able to conquer the walled city of Jericho. However, upon reading the instructions, one might say that it was actually ridiculous. How can circling the city for several times and shouting upon hearing the trumpet blast make the high and fortified wall of the city of Jericho collapsed? However, this is God’s doing to show His mighty strength to the small force of the Israelite army. God did what He promised and the wall indeed collapsed and His people won a great victory that day. From then on, the army always sounded the shofar when they are going to battle to remind them that God is the One that goes ahead of them.

The Lord is the source of our strength. He is the key to our victory. Whatever problems and trials you are facing right now, remember through the sound of the shofar that God is with us to confront the battles of our lives. And if God is for us, who can be against us?

3. A call to remind us of God’s abundant provision

The Lord has been exceedingly good to the nation of Israel. He liberated them from slavery in Egypt, He provided for them for wilderness, gave them a land flowing with milk and honey and a lot of other good things that He bestowed only to His chosen people. There is always a reason to celebrate the goodness of God to them, and the shofar was an instrument to accompany the jubilant shouts of the Lord’s people. The shofar is also a reminder that God’s goodness and faithfulness never fail. If you are in the midst of a problem right now, let the sound of the shofar help you remember the abundant provision of God in your life. He is the same yesterday, today and forever. And in the same way that God blesses His people, God promised to bless your life abundantly too.