Anointing Oil: Uses and Significance in the Bible 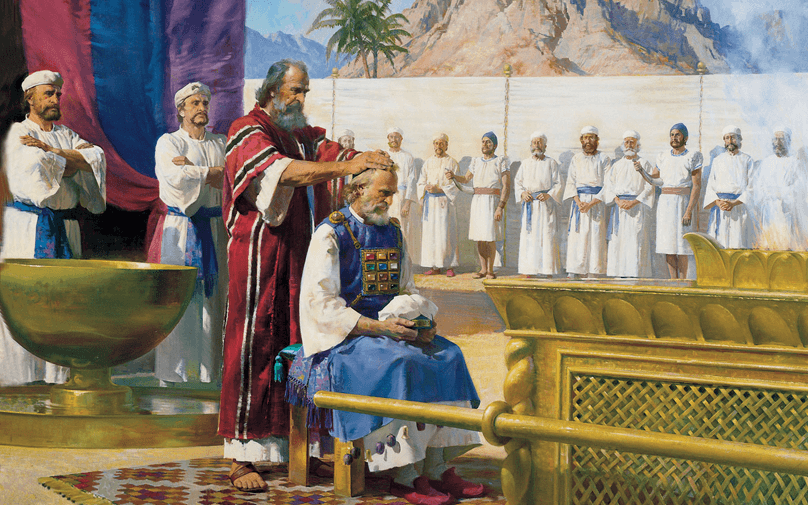 Anointing Oil: Uses and Significance in the Bible

Anointing with oil is a symbol of our faith in the Lord Jesus Christ and is used in dedications and blessings.  Anointing oil is mentioned twenty times in the Bible, as in such instances where it was used in the Old Testament to anoint the high priest’s head, or used to sprinkle the temple to set it apart as holy and dedicated to the Lord. The sacredness of this oil is also mentioned in the Bible. Consequently, the Jews were strictly forbidden to use it for personal use.

The formula for anointing oil given in Exodus 30:23-24. It typically consists of cinnamon, myrrh, and other ingredients. At no time is it suggested that the oil itself has any divine powers. Rather, the strict procedure for making the oil was symbolic of the Israelites obedience to God’s law. In the New Testament, there are four passages that illustrate the use of anointing oil. In Mark 6:13, the oil is used for the blessing and healing of the sick. In Mark 14:3-9, a woman anoints Jesus’ feet with oil as a symbol of worship. In James 5:14, the people were encouraged to call for the elders of the Church to anoint and bless any who were sick.  Finally, in Hebrews 1:8-9, God anoints His victorious Son with “the oil of gladness.”

The question arises as to whether Christians should use anointing oil today. The Bible provides no suggestion nor instruction as to its use in today’s world.  On the other hand, the Bible does not necessarily forbid its use today. In the scriptures, anointing oil can represent various concepts. For example, in the Parable of the Wise and Foolish Virgins, found in Matthew 25:1-13, the oil represents the necessity of being personally prepared in all things to receive the Spirit. In I John 2:20, oil was also used to set apart those who were in God’s service.

When anointing oil is used in conjunction with prayer, it is important to remember that the oil is a physical symbol of a Christian’s faith in Jesus Christ. The oil itself has no special powers. Miracles and answers to prayers come from the Lord, and are the result of our faith, whether or not oil is used.

Matthew 6:8 states that, even though God already knows what we need before we ask him, we must be sincere in our prayers.  If we exercise our faith and ask sincerely, we can be assured that the Lord will answer our prayers to our greatest good and in accordance with his will (Luke 22:42).

To sum up, anointing can be, and is, frequently used in today’s world. As mentioned previously, the Bible states that church leaders should be called upon to anoint the sick in the name of Jesus Christ and pray on their behalf. If it is the Lord’s will, the prayer of faith will heal and strengthen the sick.

Included in the set, 1 unit of each scent from the Gold Limited Edition:
Queen Esther
King David
Elijah
King Solomon
Jonah the Prophet