IDF Soldiers at the Western Wall – Closing a Cycle of 2,000 Years

Every picture tells a story, and for many Israelis, the story of the Western Wall is told through a picture taken in 1967 by renowned photographer David Rubinger. This photograph shows paratroopers of the Israeli Defense Forces staring in awe at the Western Wall in Jerusalem, shortly after its liberation in the Six-Days War. Since then, the link between the Western Wall, the Jewish People and their state is emphasized time and time again when swearing-in ceremonies of IDF soldiers are held. 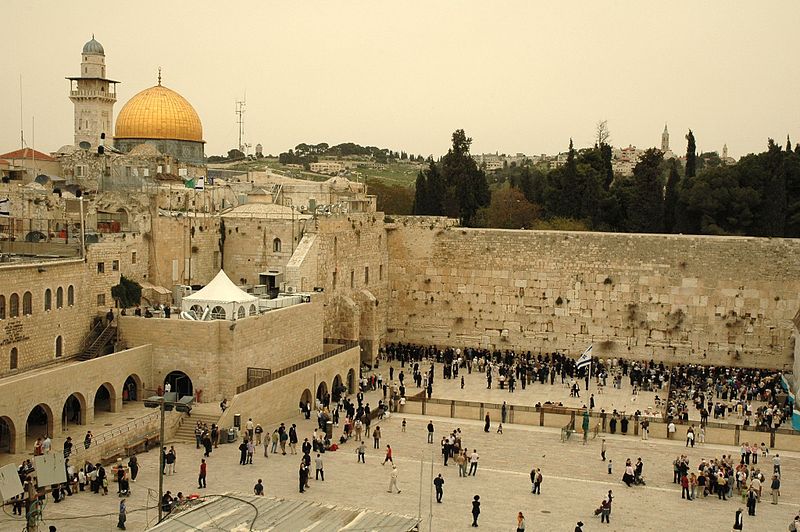 Access to the site has not always been permitted following the destruction of the Second Temple, the loss of Jewish independence and the 2,000-year exile of Jews from the Holy Land. Even after modern Israel's declaration of independence in 1948, the Western Wall fell under Jordanian control. Only after the liberation of Jerusalem twenty years later were Jews allowed to pray again in the site as proud citizens of their old-new homeland. 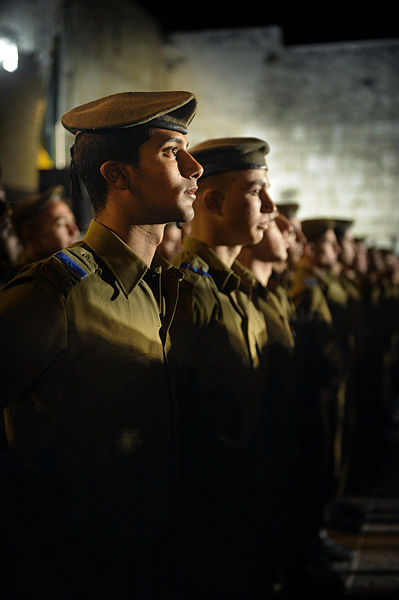 In an Israeli soldier's oath of allegiance, the soldier swears loyalty to Israel's laws and regime; declares that he or she will follow his military superiors' orders and that devote himself or herself to the protection and freedom of Israel. A swearing-in ceremony held at the Western Wall plaza therefore carries a deep significance: beyond its religious importance, it symbolizes the loss of Jewish independence in the Holy Land, and the regaining of the same independence 2,000 years later.

Until recently, holding a swearing-in ceremony at the Western Wall plaza was a privilege reserved for selected units whose soldiers took part in the liberation of the site in 1967, chief among them the Paratroopers Brigade, one of the Israeli Army's elite units. In recent years, more units have received permission to hold their swearing-in ceremonies at the site, among them the Kfir Brigade – the IDF's youngest infantry brigade, known for its counter-terrorism activities, and famous units as the Nahal Brigade and the Golani Brigade.

In 2011, a record number of no less than 28 swearing-in ceremonies for IDF units were held at the site. According to Shmuel Rabinovitch, who serves as the Rabbi of the Western Wall and the Holy Sites of Israel, the holding ceremonies at the Western Wall plaza requires quite a lot of logistic preparations, but the soldiers' experience of swearing-in at the site leaves a deep impression unlike any other.

The swearing-in ceremonies of the Israeli soldiers at the Western Wall plaza bring together the Jewish People's past, present and future.

The Israeli Defense Forces at the Jesus Boat Glossary

An article about the growing number of IDF units swearing in at the Western Wall, from the IDF's website (Hebrew)