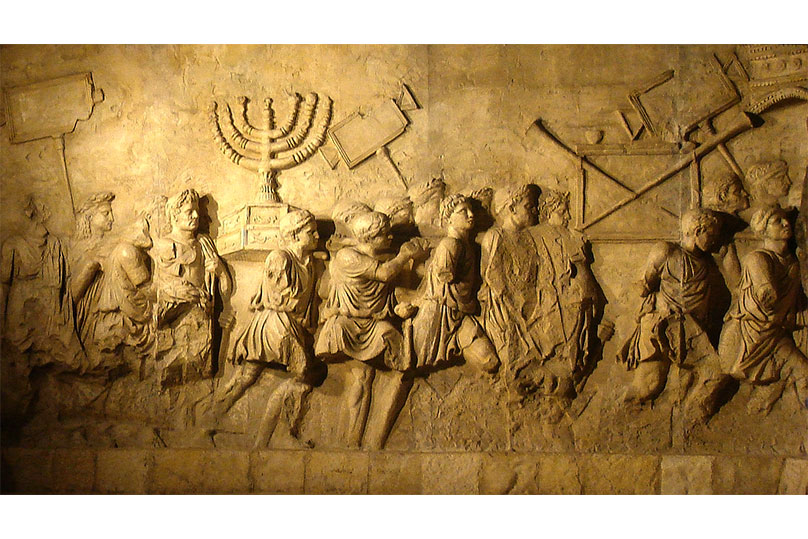 Tisha b'Av: A Day to Mourn
On Tuesday, July 20th in the Gregorian calendar is Tisha b'Av. Tisha b'Av or the 9th of the Jewish month Av, is the saddest day in Jewish history. On this day throughout history several calamities have befallen the Jewish people.

This date was designated by G-d to be forever a date of misfortune and grief for the Jewish people. As documented in Numbers 13 and 14, on this date the Israelites showed G-d an unequivocal lack of faith. It was on Tisha b'Av that the Twelve spies sent to Canaan by Moses returned. With the exception of Joshua and Caleb, the spies spoke of a terrible land where only death awaited. This caused the Israelites to weep in despair and panic that entering the Promised Land would mean certain destruction. Because they did not have faith that G-d would take care of them, the Israelites were punished and had to wander in the desert for 40 years. Additionally, G-d made Tisha b'Av a day of great pain for the Jewish people.

As an expression of this sorrow, Tisha b'Av is observed by fasting and abstaining from anything that would bring joy, pleasure or comfort. Like the Yom Kippur fast, the Tisha b'Av fast lasts for 25 hours. Here are the main prohibitions on Tisha b'Av:
1.    No food or drink, even water
2.    No bathing
3.    No anointing the body
4.    No leather shoes (as they are deemed comfortable)
5.    No learning Torah (except the Book of Lamentations)
6.    No wearing of the Tallit or Tefilin
7.    No marital relations
8.    No idle chatter, laughter or greeting each other
Additionally, it is traditional to not sit on anything comfortable and to alter sleeping arrangements so not to be comfortable.

On Tisha b'Av many recite the Book of Lamentations. In this book Jeremiah describes in ghastly detail the fall of Jerusalem, destruction of the First Temple and the utter despair and desperate condition of the Jewish people. It is a heartbreaking account that solidifies the reason we mourn this day.

On this day we mourn the destruction of the Temple and the exile of the Jewish people. As we mourn we should also consider the many other tragedies that have befallen the Jewish people -- and there has been much tragedy for the Jewish people. Daily, this is not a place we can put our energies. If we dwell on the pain of tragedy, the Jewish nation would not have the strength and courage needed to survive. However, one day each year, we may cry. On Tisha b'Av we are to release all the sorrow. But for each tear we shed, tomorrow we will show joy for despite all the tragedy, the Nation of Israel lives.

Just as G-d guaranteed, on this day several other calamities came to pass the Jewish nation on Tisha b'Av:
·         In 135 CE Bar Kokhba's revolt against Rome failed, he was killed, and the city of Betar was destroyed. It was the last great revolt against Rome. 100,000 Jews slaughtered.
·         The year after the destruction of the Second Temple, The Romans razed Jerusalem. Pagan city was built on its ruins.
·         In 1290 all Jews were expelled from England.
·         The Spanish Inquisition culminated with the expulsion of Jews from Spain on Tisha B'Av in 1492.
·         In 1914 Germany declared war on Russia commencing World War I. German resentment from the war set the stage for WW II and the Holocaust.
·         On the eve of Tisha B'Av 1942 and throughout the day, began the liquidation of Jews from the Warsaw Ghetto, en route to Treblinka.