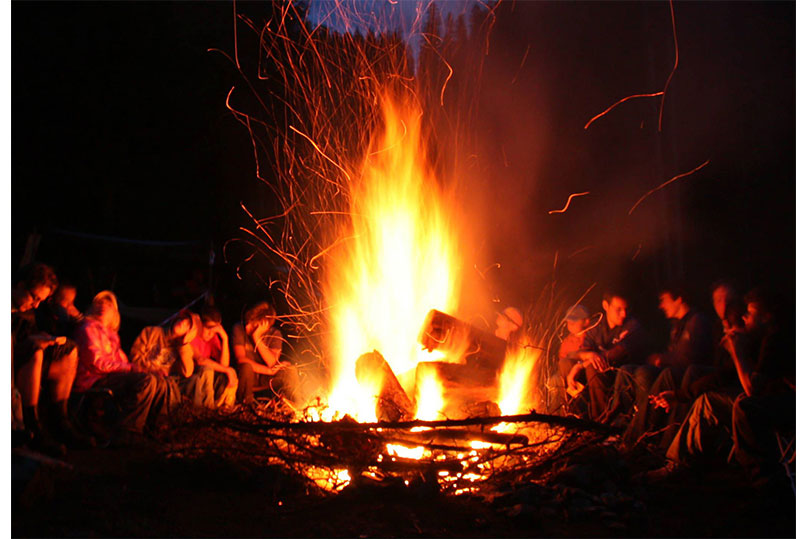 Lag b’Omer is one of the great Jewish stories. It teaches us about the importance of Jewish unity and holding fast to our beliefs, traditions and laws even in the face of persecution.

Lag b’Omer celebrates the Yahrzeit (anniversary of the death) of the great Jewish rabbi from the first century called Rabbi Shimon bar Yochai. The first century was a difficult time for the Jewish people. They were under brutal persecution of the Roman Emperor Hadrian. Jews were forbidden to study their religion or ordain new rabbis under penalty of death. The entire Jewish religious life was in danger of being assimilated by the Romans. One rabbi publically defied the Emperor. Rabbi Yehudah ben Baba ordained five new scholars one of which was Rabbi Shimon bar Yochai. These champions of the Jewish religion were pursued by the Romans; all managed to escape except Rabbi Yehudah.
Finally, Hadrian died and his cruel polices were no longer enforced with such vigor. Three leading rabbis met in Yavne to discuss what sort of action to take now that the emperor was dead. One expressed he admired the Romans for their engineering skills and the Jews should be friendly towards them. One expressed no opinion at all. However, Rabbi Shimon advocated outright defiance of Roman authority.
This conversation was overheard and reported to the Roman authorities by a Jewish man. The rabbi who spoke favorably received a high post in the government, the rabbi who remained neutral received exile and for his defiance, Rabbi Shimon received an order of death.
He and his son, also a rabbi, fled and went into hiding in a cave. There they remained for 12 years. For sustenance G-d provided a carob tree at

the mouth of the cave. During this time they studied Torah and Jewish law and the secrets of the Torah were revealed to them. At the end of 12 years the Prophet Elijah brought them a government reprieve and told them to leave the cave. When they left the cave and tried to rejoin society they saw Jews working the land and said aloud, “Have the Jewish people given up their study of Torah for worldly possessions?” As soon as this was said the field went up in flames. A heavenly voice said to them, “Are you trying to destroy My world? Go back to your cave.” They returned to the cave for one year.
After one year the heavenly voice came to them again and told them to leave the cave. On the road they met a stranger who was hurrying home to decorate this home with myrtle branches before Shabbat began. He had two bundles of branches and Rabbi Shimon asked, “Wouldn’t one be sufficient to make your house fragrant for Shabbat?” The man replied that there was one for the commandment ‘Remember the Shabbat day’ and the other for ‘Keep the Shabbat Day holy.’
Satisfied that the Jewish people had not forgotten their roots and laws even in the face of extreme persecution, the rabbi and his son decided to permanently leave the cave. Rabbi Shimon settled in the town of Tekoa in the Judean Hills. Here is founded a great academy to study Torah and Jewish law. He was one of the greatest teachers of Jewish law and ethics. He wrote the book called “Zohar” meaning radiance. Here he communicated what was revealed to him in the cave. This book was very important to Jewish scholarship and spiritually and became the basis for the study of Kabbalah.
After many years of openly teaching Torah, the Romans decided to put a stop to it and religious persecution increased rapidly. Jewish Shabbat observance was prohibited and other primary important Jewish laws were forbidden.
This time, however, the Jewish spiritual leadership decided to travel to Rome to discuss it with the emperor. Rabbi Shimon was the head of the delegation. Upon arriving in Rome they learned the daughter of the emperor had lost her mind and no one could cure her. Rabbi Shimon asked if he could treat the patient. He went to her and treated her with what had been revealed to him in the Torah. After a few days the princess became well. As a reward the emperor told the rabbi he could choose the most precious thing in the Roman treasury.

Rabbi Shimon bar Yochai proceeded to the treasury. There he searched for and found the original decrees outlining the persecution of the Jewishpeople. These he claimed as his reward. They were destroyed freeing the Jewish people from the cruel laws that forbade their religion. He succeeded in bringing a great salvation to the Chosen People.
For this reason Lag B’Omer symbolizes the fighting Jewish spirit and unity. The name of the holiday means the 33rd day of the Omer, as in the Counting of the Omer. In modern Israel the government order to create the Israel Defense Forces was issued on Lag B’Omer, 1941. Lag b’Omer is celebrated by lighting bonfires. This is to symbolize the great light that was Rabbi Shimon bar Yochai and his great enlightened teachings and actions.