Israel Birth of a Nation (DVD) 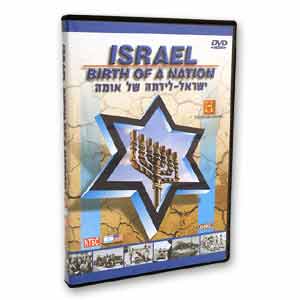 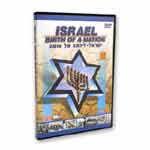 Israel Birth of a Nation

A day later it was invaded on four fronts by the armies of Lebanon, Syria, Transjordan, Egypt and Iraq. They all promised, in the words of Azzam Pasha, Secretary-General of the Arab League, "a war of extermination and a momentous massacre".

Against the well-equipped Arab armies stood poorly armed Jewish forced dedicated to protecting a country whose population totaled just 650,000 men, women and children. Not only did Israel's young soldiers stop the Arab onslaught but, with more bravery than bullets, they went on to create and military triumph that ensured the survival of the new Jewish State.

This is a unique chronicle of that incredible victory. It is the story of courage and determination in the face of impossible odds. It is the saga of a people who finally returned to their homeland after 2,000 years.

Showing the dramatic days that surrounded the birth of the fledgling nation, this movie includes rare material. This is a unique film by a British Mandate soldier; With footage of Ben Gurion at the Declaration of Independence and scenes from the war as well as interviews with those who actually fought in it.

Without doubt this extraordinary movie, produced by the History Channel, is the definitive document of one of the remarkable turning points in modern history.