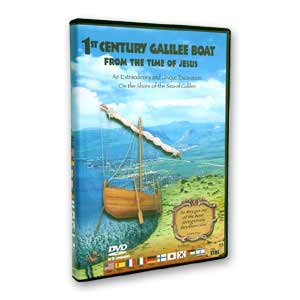 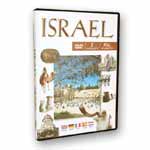 1st Century Galilee Boat DVD
From the Time of Jesus


In 1986 two brothers, sons of a fisherman, from Kibbutz Ginosar discovered the Galilee Boat when a severe drought resulted in the lowering of the waters of the Sea of Galilee. Based on several criteria the Galilee Boat is firmly dated to the first centuries BCE-CE. An analyses of crew sizes suggests that this is the type of boat referred to in the Gospels in use among Jesus' Disciples (Matthew 14:22-36, Luke 5:1-10). The vessel had been buried in, and thus protected by, the seabed's sediments. The Israel Antiquities Authority, assisted by many volunteers, rescued  the boat in a remarkable eleven-day excavation.

Excavators packaged the weak and waterlogged hull in a cocoon of fiberglass and polyurethane foam, and then successfully floated it to the nearby Yigal Allon Centre, where it underwent an extensive carefully monitored eleven-yearlong conservation process in a specially-built pool.

In February, 2000 fourteen years after its excavation, the boat moved to its permanent home, in a new wing of the Yigal Allon Centre, which is devoted to the story of man in the Galilee.

This DVD tells the story of the eleven enthusiastic excavation days.