Jerusalem In The Year 30 A.D by Leen & Kathleen Ritmeyer. 72 Pages 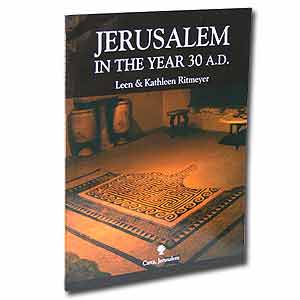 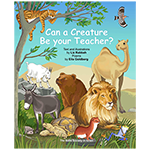 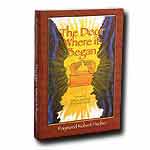 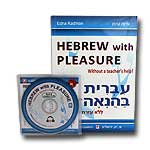 Book and CD "Hebrew with Pleasure" by Steimatsky 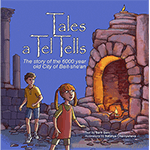 Open up the world of Jerusalem in the first century with Jerusalem in the Year 30 A.D. The combination of artistic restorations and on-site photographs transport you back almost 2000 years. See the remains from the period preserved in and around the present-day walls of Jerusalem. Then walk the streets of the city in the time of Jesus with the minutely detailed reconstruction drawings.

Locations depicted include the Pool of Siloam, site of Jesus' healing of the blind man; the Bethesda Pools, where the man paralyzed for 38 years was healed; and the Palatial Mansion where it is likely Jesus was interrogated by the priests and elders while Peter waited in the courtyard outside. Alternative routes for the "Via Dolorosa" and the two sites identified as Golgotha are also shown.

Kathleen holds a BA degree in Archeology from University College, Dublin. In addition to the Temple Mount dig, she has participated in excavations in Ireland, Scotland and Israel. She has designed audio-visual shows on the Dead Sea Scrolls and other topics. 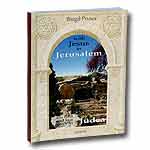 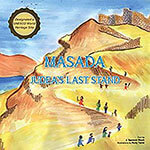 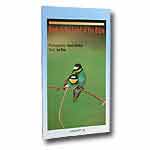 Birds in the Land of the Bible 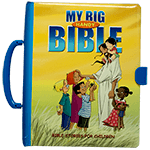