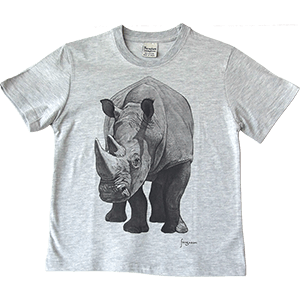 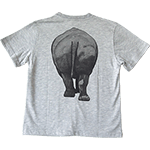 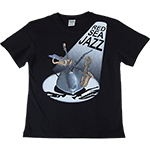 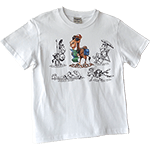 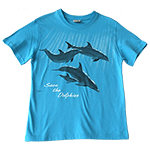 Save the Dolphins Big Kids T-Shirt 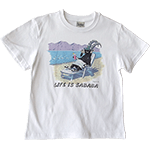 In the Bible there are several references to "unicorns"... which Biblical scholars are nearly positive was meant to be the rhinoceros. This t-shirt illustrates this powerful, and yes, biblical, animal. It has a bit of fun to it with the rhino facing forward on the front of the shirt and the rhino facing away on the back of the shirt. Kids will love it!

Please use the chart below to determine the best size for your purchase.
JesusBoat.com T-shirts are measured by their length and width when laid flat.
Walter Ferguson was born in New York in 1930. He has been drawing since childhood. He received his formal art training at the Yale University School of Fine Arts and at Pratt Institute. Mr. Ferguson has always straddled two disciplines, art and zoology. He has illustrated twenty-six books, wrote and illustrated "Living Animals of the Bible", and numerous magazine articles. His paintings have appeared in LIFE magazine, The New York Times, Audubon Magazine, and for Reader's Digest Book Division, The Society for the protection of Nature in Israel, The Nature reserves Authority (of Israel), and the Weizman Institute of Science. His paintings have helped raise funds to restore endangered species of animals to Israel.
Mr. Ferguson moved to Israel in 1965, taught briefly at the Bezalel School of Arts and Crafts in Jerusalem, and then became staff artist for the Department of Zoology of the Tel Aviv University for more than twenty-three years.
Walter Ferguson is married and has four children. His home and studio are in Beit Yannai, Israel. Mr. Ferguson's paintings are in private collections in many countries. 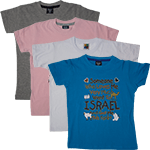 "Someone Who Loves Me...Israel" Kids T-Shirt 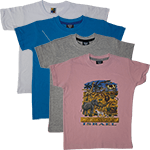 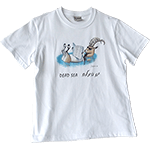 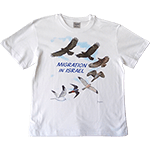